The use of PDE4 inhibitors to treat juvenile batten disease

The Use of PDE4 Inhibitors to Treat Juvenile Batten Disease 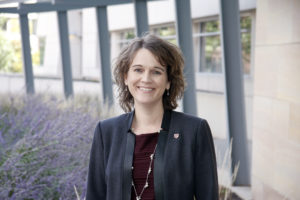 
Researchers at the University of Nebraska Medical Center led by Tammy Kielian, Ph.D., have discovered a promising new treatment that may slow the progression of a deadly child disease, Juvenile Batten Disease.

Also known as Juvenile Neuronal Ceroid Lipofuscinosis (JNCL), Juvenile Batten Disease is a fatal neurodegenerative lysosomal storage disease caused by an autosomal recessive mutation in the CLN3 gene that affects one child in every 100,000 live births.

JNCL symptoms usually begin between 5- and 10-years-old. The disease begins with vision loss, leading to eventual blindness. As the disease progresses the children develop seizures, motor loss and cognitive decline.

Unfortunately, there are no treatments for Juvenile Batten Disease, and current therapy merely alleviates symptoms. Children with JNCL typically do not survive beyond the late teens or early 20s.

Dr. Kielian and her team have identified the enzyme phosphodiesterase-4 (PDE4) as a potential target for treating JNCL.

Her lab has shown that microglia in brains of diseased mice are primed to be proinflammatory, produce increased levels of inflammatory mediators and have increased inflammasome activity. They also have shown a reduced expression of molecules critical for astrocyte glutamate regulation such as glutamate transporters and glutamine synthase.

PDE4 is one of the key regulators of the brain’s cyclic AMP levels, and Dr. Kielian’s group believes that targeting PDE4 will provide a useful treatment strategy for Juvenile Batten Disease.

Dr. Kielian working on an Investigative New Drug application for the FDA so she can begin a phase I clinical study.