Pyrrolomycin-based compounds for the treatment of bacterial infections 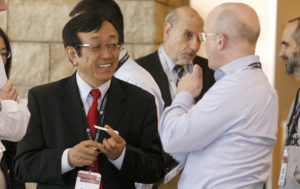 Researchers at the University of Nebraska Medical Center have developed a set of promising antibacterial compounds that can effectively wipeout bacteria such as MRSA and anthrax.

The new antibacterial compounds have shown some impressive results. UNMC researchers developed lead compounds that were effective in small concentrations, exhibiting remarkable nanomolar potency against MRSA and anthrax. One compound was tested against two powerful antibiotics currently available: ciprofloxacin and vancomycin. The new compound’s potency was similar to ciprofloxacin against anthrax and was 27 times more potent than vancomycin against MRSA.

Researchers are evaluating some of the lead compounds in vivo against MRSA and anthrax.