There is a difference between the atherosclerosis that kills a 42-year-old with sudden cardiac arrest and the kind that gives a 76-year-old relatively benign chest pain. Unfortunately, doctors lack a definitive way to tell what that difference is.

A new blood test, invented by a team of doctors and scientists at the University of Nebraska Medical Center, can tell the difference and predicts sudden heart attack risk in an ongoing clinical study.

The new test evaluated patients’ inflammatory response to atherosclerosis, the accumulation of fatty plaques in the arteries and the process that drives coronary artery disease. In 400 patients at UNMC the new test reliably differentiated heart attack victims from those with stable disease, regardless of heart attack symptoms. Using nationwide samples from the Veterans Administration, the inventors were able to repeat the results.

The new test is poised to completely change the management of the most pervasive chronic disease in the world, perhaps even supplant tests like blood cholesterol. The new blood test will differentiate if coronary atherosclerosis will progress to cardiac arrest or stable angina.

Additionally, the new blood test will provide a better basis to manage the disease. If a patient knows their atherosclerosis is more likely to progress to a heart attack then management can be more conservative, focusing on lifestyle and less on medicines like statins. The test may allow for more beneficial use of statin drugs.

MAA is a titer for atherosclerotic disease

Malondiahadehyde (MDA) is a product of lid peroxidation. MDA is a mediator or marker of inflammation but no study has ever correlated MDA titer to atherosclerosis of cardiovascular disease. Malondialdehyde–acetaldehyde (MAA) is a further product of preoccupation and, unlike MDA, its concentration in serum correlates to progression of coronary artery disease and risk of sudden heart attack. 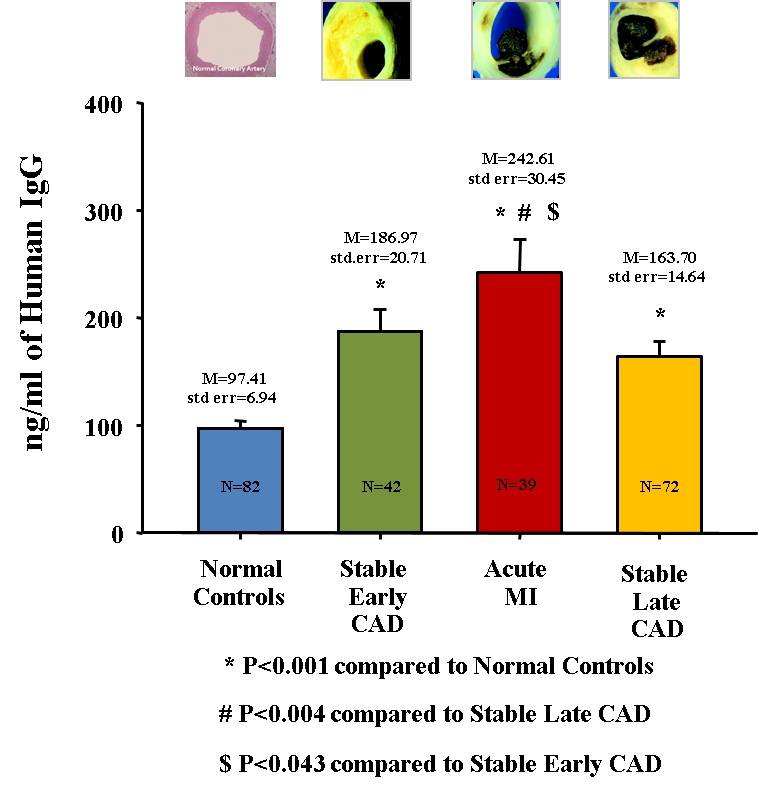