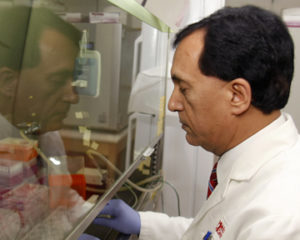 Cancer drugs are only as good as their ability to kill the toughest cell in a tumor, which is always the stem cell.

Stem cells—the cell-building dynamos that produce functional organs and tissues—can sometimes have a dark side, exhibiting cancerous properties. Known as cancer stem cells, they help tumors resist and recover from treatment, and drivea cancer’s aggressiveness and ability to spread to other organs.

Some types of cancer, such as pancreatic and ovarian cancer, are particularly hardy thanks in large part to a robust population of these cancer stem cells. In order for cancer treatment to be effective it must target the cancer stem cell population.

Researchers at the University of Nebraska Medical Center, led by Surinder Batra, Ph.D., have found that cancer stem cells have a protein called PD2, or Pancreatic Differentiation Factor 2.

PD2 is normally involved in the maintenance of stem cells and gives cancer stem cells the ability to replicate and develop drug resistance. PD2 appears to be expressed along with other cancer stem cell markers (CD133 and CD44) and self-renewal markers (Shh and Oct3/4).

Dr. Batra’s research shows that shutting down PD2 could make once-resistant cells vulnerable to cancer drugs. When PD2 was inhibited, drug-resistant cells became susceptible to treatment with the chemotherapy drug Gemcitabine. The results suggest PD2 may be a compelling target for more effective cancer treatment.

UNMC researchers are currently screening libraries of small molecules to identify potential inhibitors of PD2. Some candidates have been identified and lead development is underway. 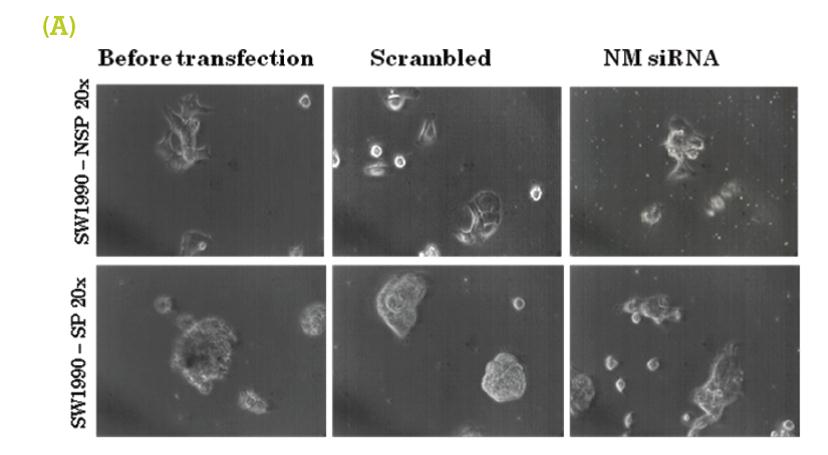