Every fall, UNeMed sponsors Innovation Week, a popular series of events intended to celebrate and promote innovation and research at UNMC and UNO.

In previous years, events often include an open house to meet UNeMed staff, informational or entertaining seminars, educational workshops and a technology demonstration day. The week culminates with an awards program that specifically recognizes innovators and their work, conferring awards to those who during the previous year have disclosed a new invention, secured a United States patent, or signed a licensing deal. A select few have also received special recognition for extraordinary work, which have included "The Most Promising New Invention," "Innovator of the Year," "Emerging Inventor," a “Startup of the Year,” and the "Lifetime Achievement" awards.

This year, Innovation Week returned for its 16th year as an in-person series of events, beginning with Kick-Off on October 10, 2022. The week continued with several seminars and panel groups, eventually culminating with the Innovation Awards at Hilton Omaha. 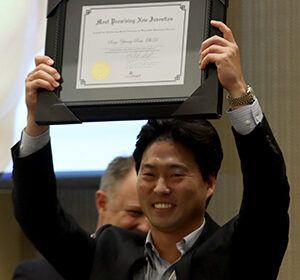