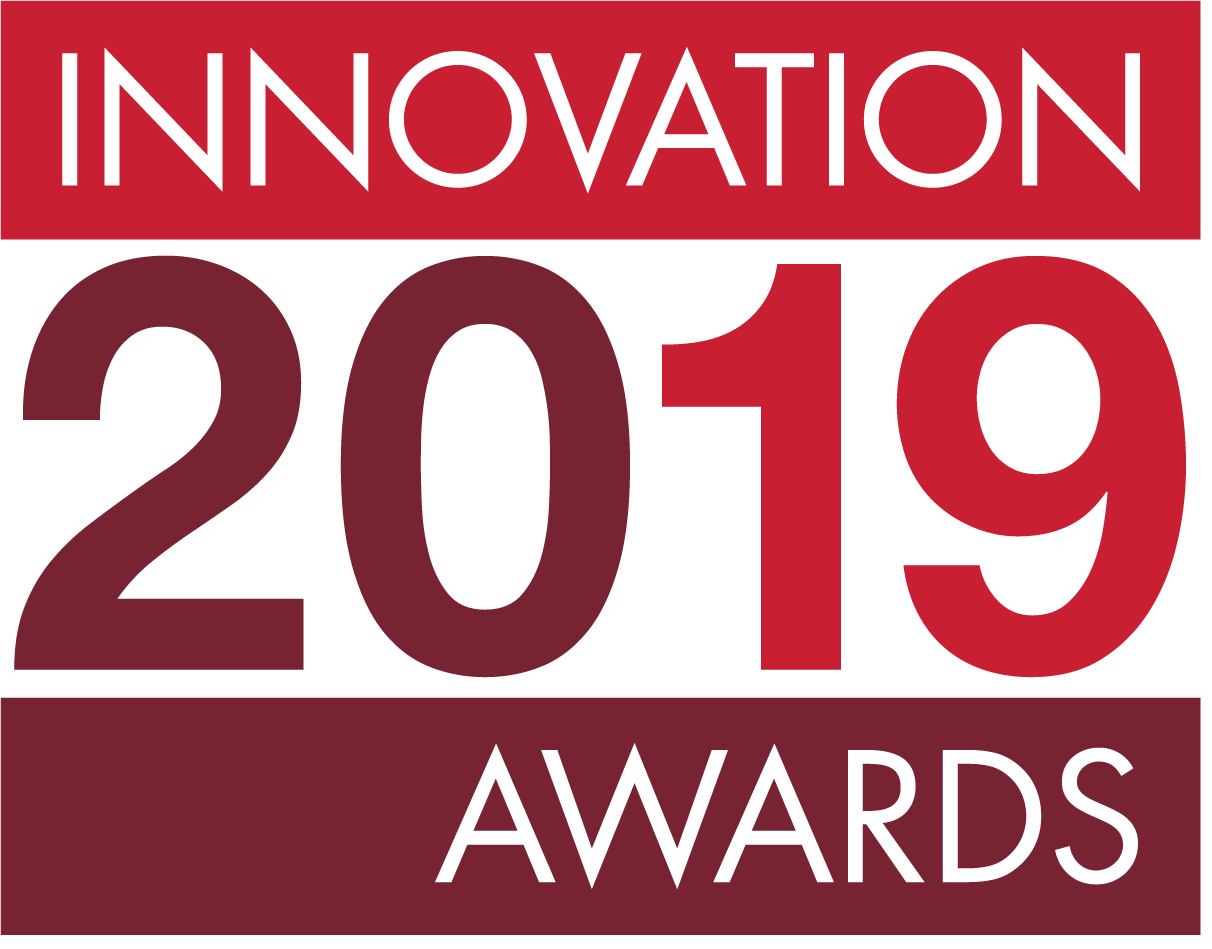 UNeMed's annual Research Innovation Awards Banquet is the culmination of a week of activities that celebrate research and innovation at UNMC. The awards recognize faculty, students and staff that invented a new technology, licensed an invention or secured intellectual property rights during the previous fiscal year. UNeMed also presents Emerging Inventor, Lifetime Achievement, and Innovator of the Year awards as circumstances dictate. Finally, UNeMed also presents a “Most Promising New Invention” as an annual award. In 2018, the first Startup of the Year award was presented by UNeTech, the University’s incubator and accelerator program.

Download the 2019 Innovation Awards Program here or view it below. 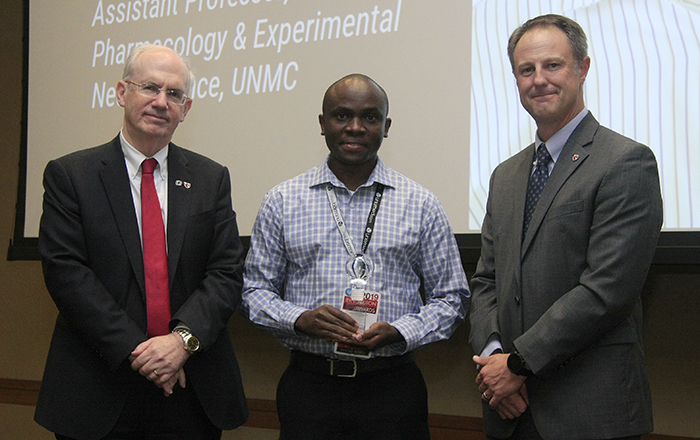 Benson Edagwa, Ph.D., is the 2019 Emerging Inventor in recognition of his contributions to innovations in the development of long-acting antiretroviral therapies.

Since he joined UNMC in 2012, Dr. Edagwa has been an inventor on 11 inventions, including three in the last year. He is also a listed inventor on 11 pending patent applications. Most of his work centers on improvements to treating HIV and Hepatitis B, and is a key inventor of LASER ART (long acting slow effective antiretroviral therapy). LASER ART shows great promise as a treatment that could be given to HIV patients once every six months or even just once a year. LASER ART was also a key component in a recent study led by Howard Gendelman, M.D., that appeared to eradicate HIV from mice—a scientific first. 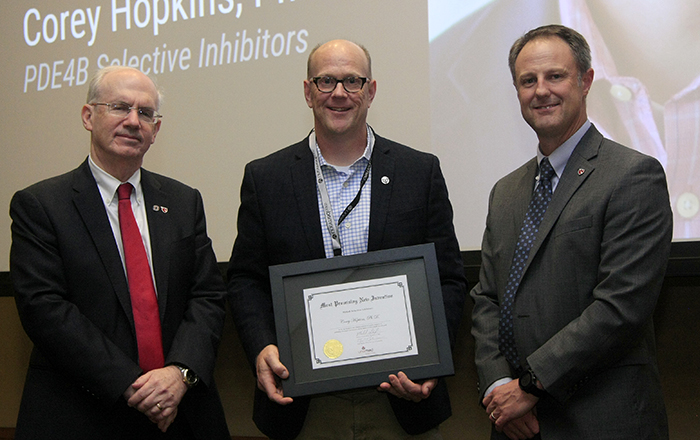 His inhibitors, which target phosphodiesterase 4 or PDE4, also show promise in central nervous system diseases like schizophrenia, neurodegenerative diseases and even drug addiction.

Startup of the Year 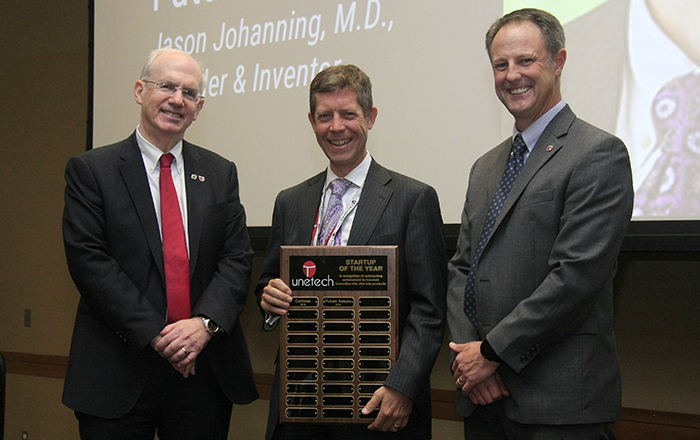 UNeTech also presented its second Startup of the Year with FutureAssure taking home the prize.

Jason Johanning, M.D., created built FutureAssure on the foundation of a device he invented that will help measure a patient's risk in surgery. The device gives medical teams objective measures to assess that risk and eventually improve outcomes and surgical safety.

UNeTech is the university’s startup accelerator and incubator program, which was established about a year ago to help nurture early stage technologies and fledgling startup companies with university ties.

2019 Innovation Awards Program by on Scribd 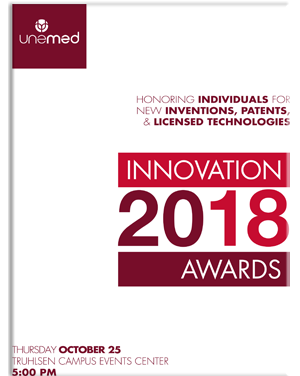 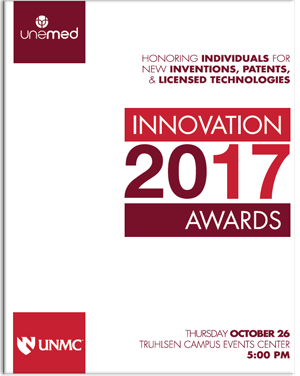 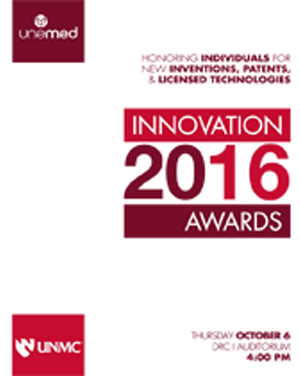 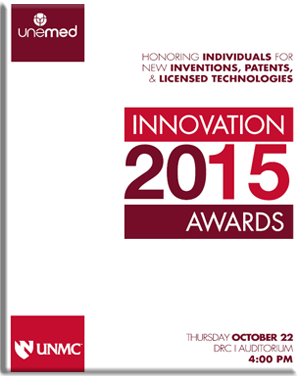 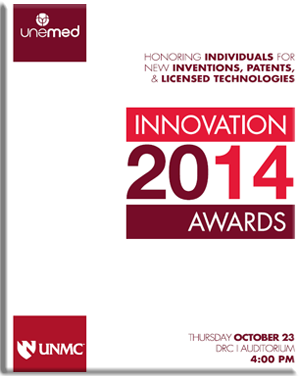 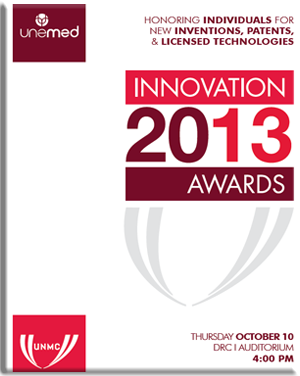 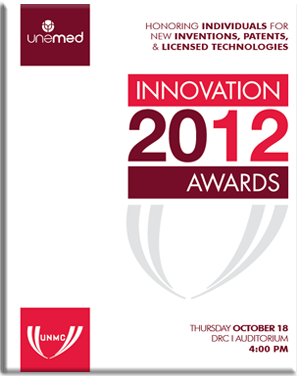