Virtual Incision, a startup based on technology created by UNMC surgeon Dmtry Oleynikov and UNL robotics engineer Shane Farritor has been a regular feature in local news for several months. Virtual Incision made headlines late last year by securing more than $11.2 million during it most recent fund-raising round, then again when the co-founders won a prestigious robotics award. Most recently, however, Virtual Incision, announced that the first test of its small surgical robots in humans was a success. The news appeared on Lincoln’s ABC affiliate, KLKN, the Lincoln Journal-Star, WFMJ-ABC in Youngstown, Ohio, Mass Device, and Amwayhealthline.com. 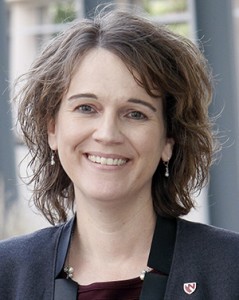 Omaha World-Herald columnist Erin Grace penned a powerful and moving piece about UNMC research Tammy Kielian, Ph.D., and her fight against Juvenile Batten Disease, a rare but always fatal childhood disease. As Grace illustrates, Dr. Kielian had never heard of Juvenile Batten Disease until her niece, Olivia, was diagnosed. Dr. Kielian refocused her research on the disease, and is now developing two approaches to treating and perhaps even curing the disease.

Several media outlets focused on Prommune and inventor-founder Sam Sanderson, Ph.D., when Prommune announced the addition of a new CEO, Sam Al-Murani, and an important animal trial for its novel vaccine against H1N1 in pigs. Prommune uses a formulation invented by Dr. Sanderson to boost the innate immune system to fight off a wide range of infections. Prommune’s initial stratgegy was to create a vaccine against H1N1 in pigs before expanding to other ailments and animals, perhaps even humans. Outlets covering Prommune include the Omaha World-Herald, Newswise, Infection Control Today, KMTV and KTIC-AM/KATZ-FM.

The work of UNMC researcher Tammy Kielian, Ph.D., landed in several national and local media outlets PlasmaTech Biopharmaceuticals announced it had signed a licensing deal with UNeMed. PlasmaTech, which soon-after changed its name to Abeona, signed an agreement to support and help further develop Dr. Kielian’s novel gene therapy approach to treating or even possibly curing Juvenile Batten Disease, a rare children’s disease that is always fatal and has no known cure. The announcement appeared on CNN, Yahoo, The Street, Seeking Alpha, and The Norfolk Daily News, to name a few.

UNMC researcher Gus Wang, Ph.D., was featured in several local media outlets, most prominently by Omaha’s NBC affiliate WOWT, which ran a broadcast package about his work with antimicrobial peptides. Dr. Wang is highly-regarded as a leading expert on peptides, and maintains the world’s largest database. Dr. Wang first gained attention when a Japanese firm signed a licensing deal to sponsor further research. But more recently, his $1.8 million from the National Institute of Allergies and Infectious Diseases grabbed the attention of the Omaha World-Herald. WOWT’s piece was also picked up by KDLT, the NBC affiliate in Sioux Falls, S.D.

UNeMed was a key feature in a special section of the Sunday Wold-Herald. The story highlighted several UNMC technologies, including a prominent photo of Gary Madsen and his ProTransit Nanotherapy team. Written by Judy Horan, the article explores the value of technology transfer and highlighted a new malaria treatment, a new blood test for early coronary artery disease detection; robotic surgery; improvements to kidney dialysis; and the rise of several promising technologies emerging from the biomechanics facility at UNO.

UNeMed’s former enterpreneur-in-resedence Gary Madsen grabbed another headline, this one announcing a capital investment from Invest Nebraska. Madsen’s Omaha startup, ProTransit Nanotherapy, will use nanoparticles to deliver powerful antioxidants to deep layers of skin where it can help prevent things like skin cancer, wrinkles and blemishes. Madsen and his team are also working on an application that may one day help people who suffer crushing spinal injuries. Read the full story.

UNeMed’s official opening of an office in Shanghai, China, attracted local attention, particularly over the radio airwaves across the state. The story about UNMC’s and UNeMed’s targeted expansion into the world’s second largest economy was also picked up by the Lincoln Journal Star and Nebraska Public Radio.
[soundcloud url=”https://api.soundcloud.com/tracks/249876319″ params=”color=c60c30&auto_play=false&hide_related=false&show_comments=true&show_user=true&show_reposts=false” width=”100%” height=”164″ iframe=”true” /]

‘We couldn’t have done it without Jack’ Mayfield 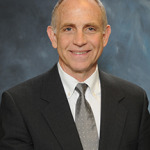 Sadly, UNeMed had to share heartbreaking news with the sudden and unexpected death of contracts manager, Jack Mayfield. An avid cyclist, Mayfield suffered a what turned out to be a fatal heart attack in the pre-dawn hours of his regular morning ride. One of his riding companions, Mark Crown, wrote a tribute to his comrade for the World-Herald. UNeMed attempted to articulate its great loss with this blog post.

Researchers at UNMC landed a $20 million grant to look for new treatment for antibotic treatements, including those cause by implants—a particlar area of focus for Tammy Kilian, Ph.D. The story was widely carried in the region, including Omaha’s ABC affiliate, KMTV. The Associated Press also picked up the story, which was carried by no less than 15 media outlets across the nation, including the Washington Times.

UNMC surgeon Dmitry Oleynikov, and UNL engineer Shae Farritor grabbed more headlines in July with the announcement of a new grant from the United States Army. The grant will help the co-founders of Virtual Incision explore remote-controlled surgical robots for use on injured soldiers. Virtual Inicsion is a Nebraska startup based on the collaborative work of Drs. Oleynikov and Farritor. The grant story was carried locally by the Omaha World-Herald and WOWT.com. The story gained wider coverage across the state and nationally in Army-Technology.com, the Charlotte Observer, Seattle PI, and Connecticut Post, among others.

UNMC to support caregivers of dementia patients as part of study

Stephen Bonasera, M.D., Ph.D., an associate professor at the University of Nebraska Medical Center’s College of Medicine, was featured in several news items about a $10 million federal grant awarded to UNMC and the University of California, San Francisco. The project is based on a technology co-invented by Dr. Bonasera, and is aimed at developing computer-based solutions for monitoring and improving the quality of care for patients suffering from dementia. Most recently, the project was featured by the Omaha World-Herald, but the project was also covered by KHAS-TV, WOWT-TV, KGCH-FM and HealthIT Analytics. 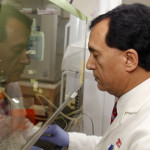 Surinder Batra, Ph.D., the University of Nebraska Medical Center’s 2012 Scientist Laureate, was featured in an Omaha World-Herald article about one of his inventions that could lead to more effective treatments for the deadliest forms of cancer. The article focuses on Dr. Batra’s collaboration with colleagues at UNO and UNL to perform comprehensive yet inexpensive testing by using one of the nation’s fastest supercomputers in academia. The novel approach could serve as a blueprint for future drug development projects at the University of Nebraska.

Michael Dixon, the president and CEO at UNeMed was invited by U.S. Rep. Lee Terry (R-Neb.) to testify before a House committee examining so-called “patent trolls” and their use and abuse of patent demand letters. The committee sought expert guidance before drafting legislation, and Dixon’s testimony represented the University of Nebraska and the wider interests of the technology transfer and university research interests. Omaha World-Herald reporter Russell Hubbard covered the hearing.

Tech news website Gizmodo published a short, but fun, piece about planned zero-gravity testing on surgical robots developed by Virtual Incision, a Nebraska startup based on technology developed by researchers at the University of Nebraska. The invention is a result of a collaborative project involving engineers at UNL and researchers at UNMC. A more detailed story about the planned testing first appeared on the NewScientist website. The story was also picked up by The Verge and the Austrian Tribune. 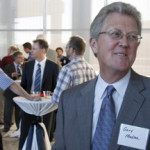 Omaha World-Herald columnist Matthew Hansen penned an article about UNeMed’s entrepreneur in residence Gary Madsen who formed a new startup, ProTransit Nanotherapy, based on a technology developed at UNMC. His company plans to use novel nanotechnology to make skin care products more effective at protecting skin from cancer and the effects of aging.

A World-Herald editorial featured UNMC and UNeMed as vital pieces in Omaha’s growing startup and biotech communities. The piece highlighted several new companies that were formed on the basis of technologies developed by UNMC researchers.

An enterprise reporting piece by Cole Epley at the World-Herald showed the large amount of outside funding brought into the state by new startups formed in Nebraska. Several UNMC- and UNeMed-related technologies were featured in the article.

Several news outlets featured the research of Dr. Keshore Bidasee, who discovered a new approach to treating the many complications associated with diabetes. Among the news outlets were the Lincoln Journal-Star, Omaha’s KETV, Omaha’s WOWT, the Fremont Tribune and the Beatrice Daily Sun. Two PR wire services also ran the story: HealthNewsDigest.com and HealthCanal.com. 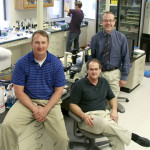 ProTransit Nanotherapy made headlines when UNeMed inked a licensing deal with Gary Madsen the new company’s CEO and UNeMed’s entrepreneur in residence. The new company is using a UNMC invention to make skincare products more effective against skin cancer and the effects of aging. The story was covered in the Omaha World-Herald, CosemeticsDesign.com, and Madsen was extensively interviewed on KLIN Drive Time Lincoln before KETV aired this television package. PR wire services Health News Digest and HealthCanal.com also carried the story. 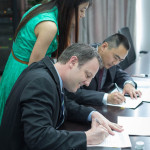 Japanese firm to back UNMC research in bacteria battle 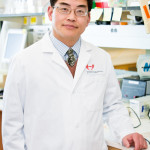 Dr. Guangshun Wang’s peptide database, and his role in the fight against antibiotic resistance, was featured in the Omaha World-Herald in a story announcing a new partnership between UNMC research and Taisho Pharmaceuticals in Japan. The Lincoln Journal Star also reported on the story.

Easier on the joints 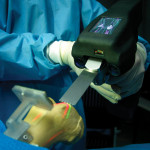 Nebraska startup Trak Surgical was featured in the World-Herald on a story that focused on UNMC’s transformational surgical saw and a new capital investment from Invest Nebraska. The handheld saw could eliminate the need for the expensive jigs used in current joint-replacement surgeries.