Five important aspects of copyrights that you should know 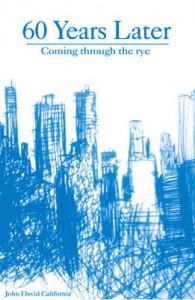 In 2009, Fredrik Colting attempted to publish 60 Years Later: Coming Through the Rye, a thinly-veiled sequel to The Catcher in the Rye, by J.D. Salinger.

In 2009, Swedish author Fredrik Colting (under the pen name J.D. California) attempted to publish a  book titled 60 Years Later:  Coming Through the Rye. Unfortunately, Coming Through the Rye, was a thinly-veiled sequel to the 1951 classic, The Catcher in the Rye, by J.D. Salinger.  Both novels are set in New York, feature the same characters (though identified differently – Holden Caulfield is called “Mr. C”, for example), and feature similar events. Salinger sought to prevent Colting from publishing the sequel and sued him for copyright infringement. Salinger eventually won, but Through the Rye illustrates complex issues about the scope of our copyright system.

1. Copyrights promote the progress of science and the useful arts

How far, exactly, does Salinger’s copyright in The Catcher in the Rye extend? Does it allow Salinger to prohibit others from using similar story arcs, characters, or themes? Conversely, Through the Rye can easily be viewed as a simple cash grab – that Colting simply sought to take advantage of the popularity of Catcher in order to “take the easy way out” in writing his own novel. Should this be permitted?  Where do courts draw the line in determining whether Colting was merely “inspired by” Salinger, commenting on Salinger, or whether he was flat-out copying him? Don’t all stories, to some extent, build on their predecessors?

These are not easy questions to answer, and they strike at the heart of the copyright system. Copyrights, along with patents, are explicitly implemented by the Constitution to promote the “progress of science and the useful arts”. But is that really happening here? Some would argue that Salinger’s copyright is inhibiting creative progress by sabotaging Colting’s ability to publish his own work. Others would argue that it is functioning perfectly because Colting’s work is not creative at all:  it simply exploits the creativity of Salinger. Copyrights are necessary, this latter group would argue, to protect the original author’s interest in his creation and to maintain the sanctity of the creative work.

Be under no illusions – I don’t have the space to faithfully examine these (extremely controversial) issues here.  But, by providing the framework for how the copyright system operates, I can hopefully provide a basis for you to reach your own educated conclusion.

2. Works that may be copyrighted

Using this definition, 17 USC § 102(a) illustrates the types of work that are eligible for copyright protection:

3. Exclusive rights are granted by a copyright

Under 17 USC § 106, the owner of a copyright has the exclusive right to do the following with the copyrighted work for the life of the author, plus an additional 70 years:

Unfortunately, the way these exclusive rights work in practice is not at all obvious. In fact, there are far too many nuances to these rights to describe in detail here.  For a more in-depth explanation, check out this article.

4. Unauthorized use leads to copyright infringement 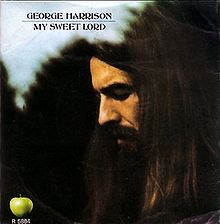 To resolve this issue, courts generally apply some form of the “substantial similarity” test. Determining whether the reproduction right of a copyright has been infringed, however, is actually quite complex, and application of the substantial similarity test is not a settled issue among the circuits. Therefore, for now, suffice to say that infringement of the reproduction right occurs when there has been an unauthorized copying of the material portion of a creative work.

For a comparison of a number of fascinating cases alleging infringement of a musical copyright, I highly recommend checking out the UCLA /Columbia University Music Copyright Infringement Resource.

5. Obtaining a copyright is a piece of cake 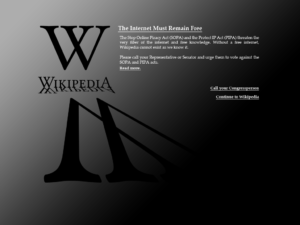 In early 2012, the Congress attempted to pass the “Stop Online Piracy Act” (SOPA) in a desire to curb internet-based copyright infringement. Due to outcry from sources like Wikipedia (shown above), the House Judiciary Committee has postponed consideration of the bill.

Copyright protection extends to original works of authorship which are fixed in a tangible medium of expression.  Furthermore, the copyright only extends to the expression of the idea behind that work of authorship – not the idea itself. Simple, right? Sort of – but unfortunately things become much more complex when applying concepts like Fair Use, Works for Hire, and the First Sale or Merger Doctrines. Moreover, copyrights as applied to software can be even more troublesome, especially when placed in the context of the internet.

The fact of the matter is that copyrights (usually) make a great deal of sense when discussing tangible items like books, artwork, or sheet music (i.e. things that were around when the copyright laws were drafted). They become much more complicated when applied to the newer digital mediums. The Digital Millennium Copyright Act seeks to address some of these issues, but in many cases only makes things more complicated. Hopefully we can discuss this in a subsequent post, but for today I hope this brief summary was useful in providing an overview of this commonly muddled area of the law.

Join us next week when we discuss inventorship and naming co-inventors.

Blog Five important aspects of copyrights that you should know