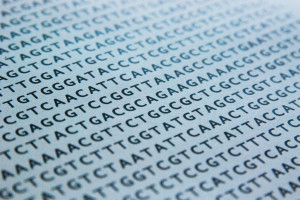 Gene patents have been the focus of attention on every media outlet since the Supreme Court unanimously ruled in Association for Molecular Pathology v. Myriad Genetics that genes isolated from DNA are not patentable subject matter.

However, there are other ways to protect discovery without claiming ownership of genes.

While the Supreme Court struck down key parts of Myriad’s patents, their invalidated claims are only a small subset of an extensive patent portfolio they own for the BRCA1/2 genes. Myriad still has patent protection for making and using gene-based inventions.

As a patent holder, Myriad had seemingly exercised its authority to prevent anyone from looking for mutations in the genes through standard clinical testing. The Association for Molecular Pathology—primarily healthcare professionals who regularly perform genetic testing—disagreed. They filed a petition in Sept. 2012 questioning whether human genes may be patented.

The Supreme Court ruled that isolated genes are ineligible for patents and invalidated Myriad’s claims.

Justice Clarence Thomas wrote in the Court’s opinion: “Myriad did not create anything. To be sure, it found an important and useful gene, but separating that gene from its surrounding genetic material is not an act of invention.”

The ruling is clear: Genes are not eligible for patent protection because they are naturally occurring.

The opinion accepted that the company might be eligible to get a patent on the synthetic form of the genes. Complementary DNA, or cDNA, could be patented because it is a copy of DNA that omits non-coding portions and is artificially created in the lab.

But the opinion did not grant cDNA-specific entitlement to patent protection, which leaves this as a potential question for a future court.

Likewise, the decision does have other limits. There are no method claims and no “new application of knowledge.”

“We merely hold that genes and the information they encode are not patent eligible under §101 simply because they have been isolated from the surrounding genetic material,” the opinion concluded.

Patents can still protect the key elements of making and using a gene-based invention, even if the genes themselves aren’t patentable.

On the same day the Supreme Court announced its decision, the U.S. Patent and Trademark Office issued a memorandum providing preliminary guidance on the decision.

For the patent community, the Supreme Court’s decision might not have affected researchers’ patents.

The decision reassures that patent claims still hold true if gene-based inventions focus on methods and application of knowledge rather than composition of matter.

Agnes Lenagh was a licensing specialist at UNeMed Corporation, the technology transfer and commercialization office (TTO) for the University of Nebraska Medical Center. UNeMed serves all UNMC researchers, faculty and staff who develop new biomedical technology and inventions, and strives to help bring those innovations to the marketplace. Contact the author at agnes.lenagh@unmc.edu or 402-559-2179.