What I learned as a tech transfer intern

I had a wonderful experience as a legal intern at UNeMed. I aspire to be a patent attorney, and began working at UNeMed in the summer of my first year in law school. For the past two years, I have been able to work with great people to take inventions from an idea’s beginning in a researcher’s laboratory to a final product sold in the marketplace. The internship taught me to ask good questions, to embrace learning new things, and to create systems. 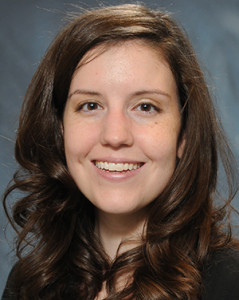 An invention begins with an idea. For example, say a researcher is studying the effects of second-hand smoke on the lungs of ferrets. The researcher needs a certain material to conduct the study. As a legal intern, I helped to draft and negotiate a Material Transfer Agreement, the contract that allows a researcher to use another institution’s materials.

After the researcher conducts the experiment, the researcher discovers something. In this hypothetical scenario, the discovery is a biomarker that predicts lung cancer in young adults. The researcher would then send UNeMed his idea to determine if the invention could receive a patent.

As an intern, I searched for prior art references, including other patents or publications that taught our researcher’s idea. If I found prior art references, it would be more difficult to get a patent on the idea. If a researcher is able to get a patent on the invention, then we would work at marketing and licensing the device to companies. I worked on a variety of interesting inventions, ranging from surgical tools to biomedical prosthetics to air conditioning systems. Along the way, I learned to:

Thank you to everyone at UNeMed who has helped me! I learned so much here. I do not think that would be possible without your patience, willingness to answer my questions, and your flexibility with my schedule. This has been a wonderful experience. UNeMed is a great place to work and I recommend it for other interns!

About: Brooke Dillon is the former legal intern for UNeMed. She holds law degree and an MBA from Creighton University and recently passed the U.S. Patent Bar in March 2015. Brooke intends to continue her education in the fall of 2016 at the University of Nebraska at Omaha where she will pursue a bachelor’s degree in electrical engineering and an advanced biology degree.

Blog What I learned as a tech transfer intern