Why we care about the startup and entrepreneur communities

There are some things we do that have a hidden and seemingly unknowable value.

We carefully tend to a garden never knowing when, if ever, a sprout will appear, or even if any seeds were planted in the first place.

We don’t often print large stories about these efforts, or issue press releases, or rattle off large, up-and-to-the-right line charts in our annual reports.

Yet we do them all the same.

This, of course, might seem rather silly, and it’s tempting to ask our president, Michael Dixon, why we bother. 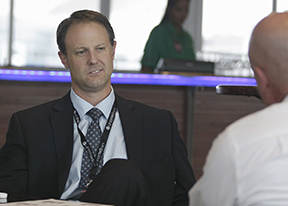 Why spend so much time working with and thinking about the startup and entrepreneurial communities in the city, state or even the entire Midwest region? Specifically, why involve ourselves with groups like Pipeline, NMotion, Straight Shot and others?

The response will invariably include words like “nurture” and “ecosystem” and a lot of plural pronouns.

It’s bigger than that.

This larger concern for the entire ecosystem goes back, no doubt, to our previous president, who, as fortune would have it, now sits in the big chair in Lincoln as the interim president of the University of Nebraska.

But before Dr. Jim Linder reached such heights in the University system, he oversaw our little corner of the universe. First he was our president, then he was the president of the University Technology Development Corporation, which oversees all tech transfer efforts across all campuses.

He saw a small garden worth tending.

So UNeMed jumped with both feet into Pipeline’s mission of supporting, advising and mentoring aspiring entrepreneurs in the Midwest—particularly those who are looking to build the kind of high-tech, high-growth startups that drive economic rebounds in cities like Omaha, Kansas City and St. Louis.

So it’s intensely gratifying to see that investment of time and energy has paid off in some small measure.

Dixon, our current president—and a Linder protégé—serves as a regional network adviser for Pipeline. When Pipeline morphed into a regional program three years ago, Dixon crossed paths with an entrepreneurial M.D./Ph.D. candidate from St. Louis who was among the 100s of applicants for Pipeline’s annual fellowship program. Matthew MacEwan graduated in Pipeline’s 2012 class, and he maintained the network of advisers and mentors he built while in the exclusive program. 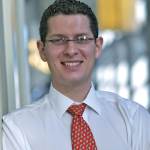 MacEwan is now the President and Chief Scientific Officer at Acera Surgical, Inc. — a St. Louis-based startup working on the next generation of nanofabricated surgical meshes.

It so happens that we have a researcher who invented a new method for creating better medical meshes.

What happened next should be obvious.

Dixon called it the “perfect partnership.”

And that caring for a patch of fertile soil in the backyard is worth a little extra time and energy.

Blog Why we care about the startup and entrepreneur communities