You’re an inventor… now what? Three things you can do with your intellectual property

Intellectual property is an asset which affords its holder the right to exclude others from the use of a particular idea. In this way, an author can prevent a publisher from printing her story or an inventor can stop a company from manufacturing his machine.  Yet it is not always obvious how an intellectual property holder can recover any value from it. Bob Kearns may have invented the intermittent windshield wiper, but his efforts to recoup value from that invention (as recounted in the 2008 movie Flash of Genius) were not at all simple.  As Kearns’ odyssey demonstrates, an inventor may have a great new invention or an improvement to an existing product, but lack the capability to make products that use the invention. To make the most of the asset, creators of intellectual property need to have an end goal in mind: how to convert intellectual property to income. 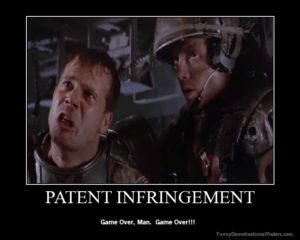 As discussed before, patents give the owner the power to prohibit others from making, using, selling, offering to sell, or importing the protected invention. An obvious method to gain profits from a piece of intellectual property is litigation, through which an intellectual property holder can assert rights and sue infringers. Unfortunately, infringement lawsuits can be enormously expensive, even if they settle early. For patent infringement, the median cost of a lawsuit is over half a million dollars, and requires an infringer that the rights-holder can identify.  Litigation can be enormously lucrative, but it is a very risky way to get a return on intellectual property.

2. Selling a Protected Product Yourself

Intellectual property licensing is essential for a number of industries, many of which are not technology driven.  Franchising, for example, is built around licensed intellectual property; an entrepreneur can license the right to use the trademarks, know-how, advertising, and other intellectual property of an existing company in order to start a business. In return, the company who licenses their assets may receive a royalty or a fee from the entrepreneur.  Franchising shows the power of licensing intellectual property in the modern economy.  Intangible assets such as know-how, supply chain, methods to find a physical location, and the goodwill associated with a particular brand can be readily packaged and distributed worldwide. It makes possible, for better or worse, the precise application of a successful business model throughout the world.  It also maintains control of the intellectual property with its owners – thereby allowing only the licensee’s conditional use of it.

In technical fields, intellectual property licensing is also powerful. An individual inventor can spend decades perfecting a new process and years seeking a patent to protect it.  She can then identify a company that would benefit from the process and license that company the right to use her patents (while still retaining ownership over them). A patent license further provides the basis for the inventor to provide additional know-how. The license is the transaction whereby the inventor fundamentally transfers the ability to use the technology to the licensee.

In addition to exclusivity, another license consideration can be field-limitations.  A franchisee may own the franchise rights for an entire geographical region; such as the license may convey exclusive rights but only for a specific city or state. Similarly, a musician may record a song and license it for many different uses – an advertising company may have exclusive rights to use the song for commercials, a sports team may have exclusive rights to use it during the pre-game show and multiple production companies may have non-exclusive rights to play the song during films and television shows. As with any contract, field-limited licenses need to be specific in defining the field.  Does a license to use a song for television shows include home video reproductions of the show? Does it include web-only broadcasts?  Careful drafting on fields and other definitions of intellectual property licenses is critical for the rights holder to maximize the value of her intellectual property.

Blog You’re an inventor… now what? Three things you can do with your intellectual property