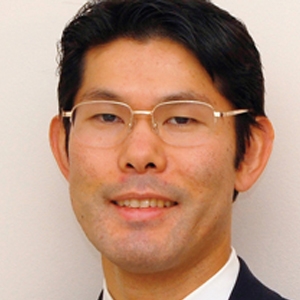 OMAHA, Neb (May 29, 2009)—A recently discovered enzyme with big implications in the treatment of neurodegenerative disorders has led to the largest acquisition of venture capital funds obtained to date by UNeMed Corporation and UNMC. NuMedix Health Group, a venture capital firm in Sydney, Australia, has invested about $2 million in the research of Tsuneya Ikezu, M.D., Ph.D., a professor in the department of pharmacology and experimental neuroscience at UNMC. The money will help further Dr. Ikezu’s work to find a compound to block the newly-discovered enzyme’s function and subsequently prevent the damaging effects of the enzyme’s overactivity – which contributes to the onset of dementia.

“The University of Nebraska Medical Center has an international reputation in producing quality research and Dr. Ikezu has done an impressive amount of research in this particular area,” said Michael Issakidis, NuMedix managing director. “We hope that by our investments, we can assist hundreds of thousands of individuals and their families in achieving a better quality of life.”

UNeMed first filed a patent application on this enzyme when Dr. Ikezu discovered it in 2002 and just received word that the U.S. Patent and Trademark Office expects the patent to issue later this summer.

Enzyme does damage in mouse models

Dr. Ikezu’s lab developed a transgenic mouse model to show that the enzyme — known as tau-tubulin kinase1 (TTBK1) — induces memory impairment. The study in the mouse model was published in the December Journal of Neuroscience and revealed that TTBK1 is a potential therapeutic target for neurodegenerative disorders such as Alzheimer’s and Parkinson’s diseases.

“We are all excited about the publication and funding for initiating the drug screening program to regulate this enzyme activity in brain,” Dr. Ikezu said.

Nearly a year ago, UNeMed was approached by Neumedix in regards to Dr. Ikezu’s work. Due to the complex nature of the project, negotiations and plans took nearly several months to complete and work began April 1. The research will take place over the next four years at which time, it is anticipated that it will be ready for clinical trials. Dr. Ikezu is optimistic a compound can be identified through the drug discovery endeavor.

“I really appreciate all the lab members contributing to this project, support from department of pharmacology and experimental neuroscience, and UNeMed for identifying the sponsorship,” Dr. Ikezu said.