Save the date: Virtual Innovation Awards planned for Feb. 10 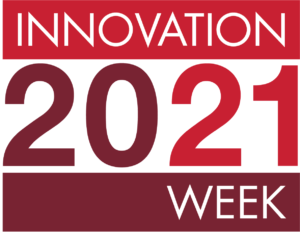 As Innovation Week enters its 15th year, UNeMed is planning a series of events including three panel discussions. One group will discuss SBIR/STTR grant funding; another will examine how to build a startup company around an invention; and a third will dive into the ins and outs of prototyping. Times and dates will be announced as soon as they have been finalized.

Innovation Week will culminate with the Innovation Awards Ceremony, tentatively scheduled for noon on Thursday, Feb. 10. The hour-long event will be held via Zoom, and will be free and open to all.

The awards program recognizes all faculty, students and staff who submitted new inventions, had a technology licensed or were inventors on an issued United States patent during the 2021 fiscal year. UNeMed will also present two special awards for the year’s Most Promising New Invention and the Innovator of the Year.

Innovation Week is sponsored by UNeMed, the technology transfer and commercialization office for UNMC and UNO.

More information and Zoom links to Innovation Week events will be announced in the coming weeks, and will also be posted at https://www.unemed.com/innovation-week.