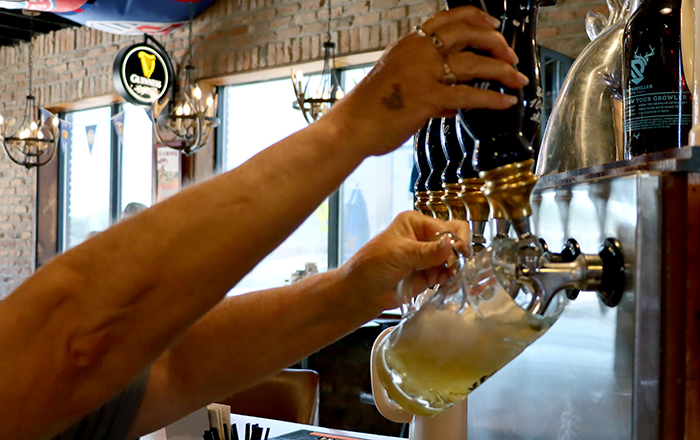 OMAHA, Nebraska (June 20, 2022)—In an effort to foster more collaboration and support among innovators, researchers and members of the community, UNeMed will host a new event next month to bring those groups together.

UNeMed, the technology transfer and commercialization office for UNMC and UNO, will present the first “Innovations & Libations” event on Tuesday, July 12 at 3:30 p.m. The networking event will be held at Rathskeller Bier Haus located at 4524 Farnam Street.

The ultimate goal of the event is help establish new connections, partnerships and collaborations that might help further healthcare and innovation in Nebraska. UNeMed expects to accomplish this by bringing together UNMC and UNO inventors with potential entrepreneurs, investors, collaborators and supporters from the immediate Omaha area.

Attendees will receive a complimentary beverage of their choice. This event is open to anyone on campus who identifies as an innovator.

Innovations & Libations is co-sponsored by the Great Plains IDeA-CTR and the UNeTech Institute.

Based at UNMC, the Great Plains IDeA-CTR—short for Institutional Development Award for Clinical and Translational Research—is a UNMC-based collaborative for nine major research organizations in Nebraska, Kansas, North Dakota and South Dakota.

UNeTech is the University of Nebraska’s startup incubator in Omaha, helping build new companies derived from innovations and discoveries that emanate from UNMC and UNO.