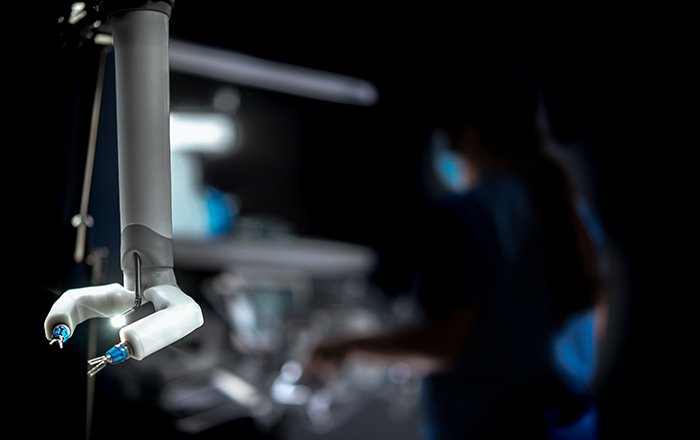 OMAHA, Nebraska (December 6, 2022)—A new surgical robotics system developed at the University of Nebraska will get a chance to prove its potential when NASA tests the device on the International Space Station in 2024.

Their device, MIRA, has already been used clinically in bowel resections as part of an FDA clinical trial.  The objective is to aid surgeons in performing the operation through a smaller incision than the traditional open approach, potentially reducing recovery time down to a few days.

“NASA has ambitious plans for long-duration space travel, and it’s important to test the capabilities that may be beneficial during missions measured in months and years,” Farritor, co-founder said. “MIRA continues to push the boundaries of what’s possible in RAS (Robotic-Assisted Surgery), and we are pleased with its performance so far during clinical trials. We’re excited to take it a step further and help identify what could be possible as space travel is becoming a reality for humankind.”

The advanced prototype is already in the final stages of a clinical trial under an Investigational Device Exemption to support U.S. Food and Drug Administration market authorization, and has raised more than $100 million in successive financing rounds.

Virtual Incision’s platform technology is founded on more than 200 patents and applications with the first invention disclosures dating back to the early 2000s.

Michael Dixon, PhD—the President and CEO of UNeMed, UNMC’s tech transfer office—was part of the licensing team that worked with Drs. Farritor and Oleynikov to help establish Virtual Incision as a startup back in 2008.

“It’s good to remember that it’s a marathon and not a sprint,” Dr. Dixon said. “The continued collaboration of engineering and surgical expertise has led this team to continue to build on their innovative ideas. As a successful venture capitalist once told me, ‘All my overnight successes took 10 years.’ There have been a few bumps along the road, but the product that is in the clinic now is amazing.”

Added Farritor: “UNeMed has always been open and willing to discuss options, and that flexibility to consider options is really important. UNeMed has been easy to work with, just a really good partner.”