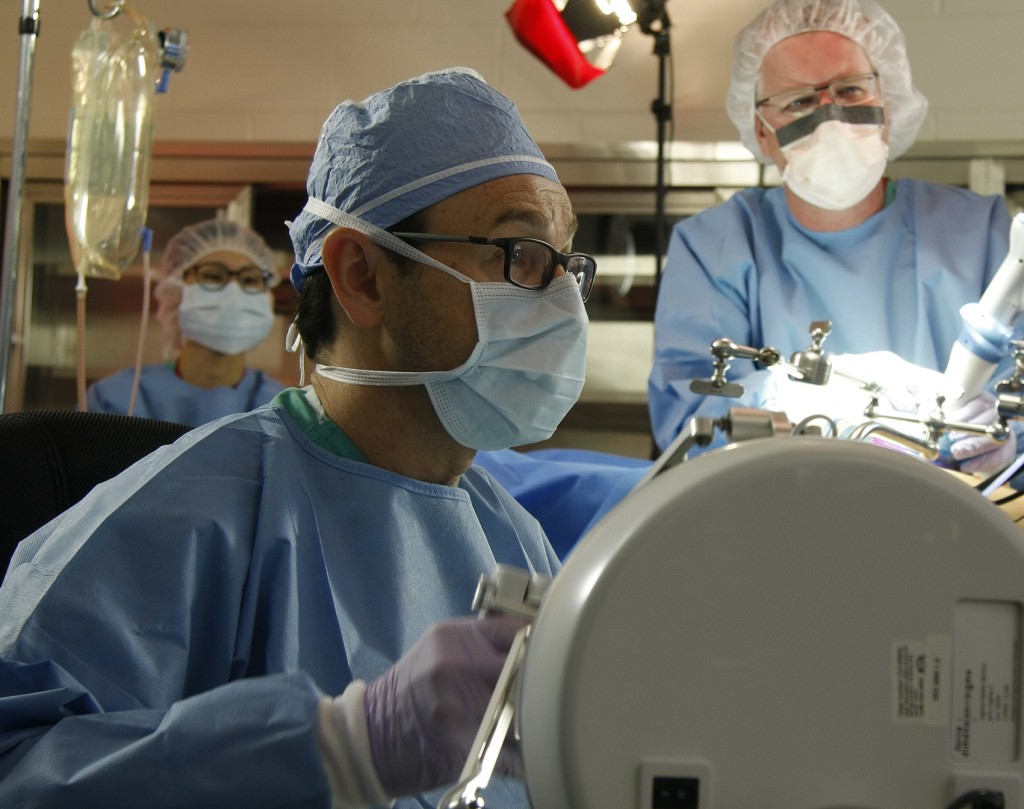 The device is designed for colon resection, a procedure to treat patients with lower gastrointestinal diseases including diverticulitis, pre-cancerous and cancerous lesions of the colon, inflammatory bowel disease and colon polyps that are too large to be removed endoscopically.

“To the best of our knowledge, this is the first time an active miniaturized robot has performed complex surgical tasks with the robot inside a living human, which is a significant milestone in robotics and in surgery,” said Shane Farritor, a UNL professor of mechanical engineering who is Virtual Incision’s co-founder and chief technical officer.

The robot-assisted colon resection procedures were completed in Asunción, Paraguay, as part of the safety and feasibility trial for the technology. The surgeries were successful and the patients are recovering well, according to a news release from the company.

“Additionally, we verified that our extensive regimen of bench, animal, cadaver, biocompatibility, sterilization, electrical safety, software, human factors and other testing enabled the safe use of this innovative technology.”

Unlike today’s large, mainframe-like robots that reach into the body from outside the patient, Virtual Incision’s robot platform features a small, self-contained surgical device that is inserted through a single midline umbilical incision in the patient’s abdomen. Virtual Incision’s technology is designed to utilize existing tools and techniques familiar to surgeons, and does not require a dedicated operating room or specialized infrastructure. Because of its much smaller size, the robot is expected to be significantly less expensive than existing robotic alternatives for laparoscopic surgery. Virtual Incision’s technology promises to enable a minimally invasive approach to surgeries performed today with a large open incision.

The robot-assisted surgical device is investigational, and not commercially available. John Murphy, Virtual Incision’s CEO, said robot-assisted surgical are beneficial, but existing surgical robots have limitations that prevent pervasive use during certain surgeries, such as colon resection. The firm will build upon the positive completion of the feasibility study, as it works toward clearance for the system in the United States.

More than two million patients undergo colon resection procedures globally each year. About two-thirds of these procedures are performed via a completely open surgical procedure involving an 8- to 12-inch incision and up to six weeks of recovery time. Because the procedure is complicated, existing robot-assisted surgical devices are rarely used for colon resection surgeries, and manual laparoscopic approaches are only used in a third of cases.

In January, Virtual Incision and Nebraska Innovation Campus announced that the firm would be locating its headquarters at the new campus.