Alzheimer’s disease isn’t flashy; it isn’t in the news like the latest scary flu strain or antibiotic resistant superbug. As the leading cause of dementia, Alzheimer’s disease affects your brain, but it isn’t the brain tumor that springs up more-or-less overnight, throwing your entire life into disarray.

It’s a slow build-up of toxic proteins, causing your brain cells to wither and die, one-by-one, over the course of several decades. Your favorite memories disappear like apps and photos from a damaged smart phone.

Think about this: An estimated 700,000 Americans with Alzheimer’s disease died in 2016. Most of them, tragically, passed away without even the small comfort of happy memories.

Like you, I hope to live a long and happy life, and remember it when the end comes. I recently set out to better understand Alzheimer’s disease, check the pulse of current clinical trials, and hopefully catch a glimpse of what the future holds.

From HealthNewsReview.org: “Alzheimer’s drug discovery has sadly experienced an almost universal failure rate of preclinical and Phase I, II, and III testing and nothing seems to get through the pipeline as this recent infographic from Nature Reviews Drug Discovery suggests. (The funnels illustrate the average number of compounds needed at each stage of drug development in order to get one drug approved.)”

Here’s the bad news: We currently have no drugs to treat Alzheimer’s disease progression.

The best we can do is partially mask the symptoms.

According to Daniel Murman, M.D., Director of UNMC’s Memory Disorders and Behavioral Neurology Program, there are currently two classes of FDA-approved medications for Alzheimer’s, and both are neurotransmitter-based therapies. They essentially work by supporting proper brain cell function.

“The other medications that are used would be medications for psychiatric symptoms, which are common,” he said.

Honestly, the current “best treatment” for Alzheimer’s is to avoid getting it in the first place. Alzheimer’s disease progression is “similar to cardiovascular disease, in that atherosclerotic plaque build-up happens years before you have a heart attack,” said Dr. Murman.

Also, many of those things that lead to heart disease can also lead to Alzheimer’s, including midlife hypertension, diabetes and high cholesterol. Following your doctor’s advice to avoid cardiovascular disease could also help protect you against Alzheimer’s.

Crucially, however, unlike heart disease, we still have no way to fix Alzheimer’s disease.

The last FDA approved treatment for Alzheimer’s disease was in 2004, but it only helps manage the dementia, Dr. Murman said.

Despite monumental efforts on the part of pharmaceutical companies, clinicians, and clinical trial participants, an effective treatment continues to elude scientists. For example, in November 2016 global pharmaceutical giant Eli Lilly and Company abandoned yet another drug treatment for Alzheimer’s disease, Solanezumab, which had previously failed to treat patients with more severe Alzheimer’s disease in a 2012 trial.

These trials now join the growing list of disappointments.

Over the past 12 years, at least six drugs have failed in the final stage of their clinical trial. What did these trials have in common? They were mostly antibody-based treatments that targeted a toxic protein called amyloid-beta.

However, with each failed trial it’s becoming increasingly evident that new therapeutic approaches must be considered. 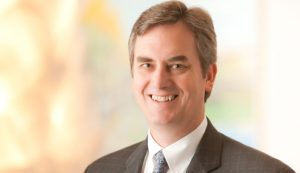 In response to this latest round of disappointing news, Dr. Murman said that “by the time patients develop clinical symptoms of AD, there is significant neuronal loss and the initiation of multiple neurodegenerative processes has already occurred.”

He added: “AD clinical trials are increasingly focusing on subjects who are clinically normal, but show biomarker signs of very early AD changes in the brain (preclinical AD). There remains hope that intervening at this very early stage of AD will be more successful.”

Early results from one of these trials, involving another amyloid-beta targeting drug produced by Merck, should be available as early as June 2017. In the meantime, the research community will likely pivot to new forms of potential treatment.

Scientists remain undaunted in the face of previous failures, with several university and industry research teams still working toward an effective treatment for Alzheimer’s disease.

For example, one intriguing option is not a change in what to target, but when. According to Dr. Murman, there is evidence showing that actually removing the bad protein may not be the answer. Rather, preventing its build-up in the first place may prove more successful. Companies like Merck and Eli Lilly have drugs in various stages of development targeting enzymes that could prevent the production of amyloid-beta plaques to begin with. While some of these drugs have entered stage 3 clinical trials, it will still be another 3-5 years before we know if they were effective.

While it may still be years before these and other promising novel treatments even begin clinical trials, Dr. Murman remains optimistic in his hope for disease-modifying treatments targeting beta-amyloids.

“I think there’s going to be, hopefully, a lot coming out in the next couple of years about these therapies,” he said.

Tyler Scherr, Ph.D., is a licensing associate at UNeMed Corporation, the technology transfer and commercialization office (TTO) for the University of Nebraska Medical Center. UNeMed serves all UNMC researchers, faculty and staff who develop new biomedical technology and inventions, and strives to help bring those innovations to the marketplace. Contact the author at tyler.scherr@unmc.edu or 402-559-2140.