How to determine who is an inventor on a patent: Unraveling inventorship vs. authorship 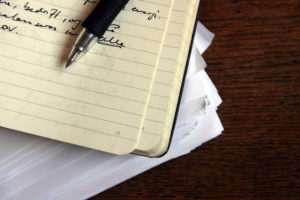 Not all authors are necessarily inventors

I recently had a meeting with a faculty member, whom I will call Dr. A, to review an invention disclosure Dr. A had recently made. Shortly after the meeting started, however, Dr. A received a phone call from a colleague (the creatively-named Dr. B) at another university. As I waited for the call to end, I couldn’t help but hear a bit of the discussion.  As it turns out, Dr. B was negotiating with Dr. A to have Dr. B’s name appear on a publication coming out of Dr. A’s lab. Aware that discussions of this nature are common in academia, I didn’t pay this much mind, until, at the end of the conversation, the talk turned to intellectual property.  In return for Dr. A’s agreeing to put Dr. B’s name on a publication coming out of his lab, Dr. A requested that Dr. B include Dr. A on a patent application that was coming out of Dr. B’s work – at which point, I promptly reacted like this. This is a big no-no from a patent perspective and here’s why. 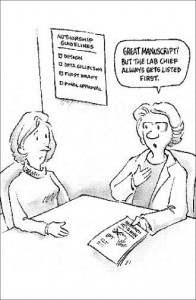 Authorship attribution can even vary between labs.

“Authorship” on a publication is attributed differently among the various academic disciplines and can even vary from institution to institution. In large part, authorship is determined by custom: for an academic publication, a variety of people may be legitimately considered for authorship, including those persons involved in the experimental design, those who performed lab work, wrote or edited the manuscripts, or even contributed their general expertise. Authorship may also be bestowed for financial reasons or professional courtesy to collaborators and mentors.

The rules for inventorship, on the other hand, are determined by law, and violation of these rules can have severe impacts on a resulting patent. In order to show how inventorship of a patent differs from authorship of a publication, let’s take a few minutes to explore the patent law on this oft-overlooked issue.

Inventors are the Original Owners of a Patent

When it comes to patents, inventorship is vitally important.  This is because, under Article I, § 8 of the Constitution, patents are originally owned by their inventors:

The Congress shall have power…to promote the progress of science and the useful arts, by securing for limited times to authors and inventorsthe exclusive rights to their respective writings and discoveries.

This mandate is codified in 35 USC § 101, which limits the persons who can receive a patent to the inventor. (“whosoever invents… may obtain a patent”). Note that § 101 does not prohibit the inventor from subsequently assigning their rights in the patent away (such as in an employment agreement, see e.g. UNMC Board of Regents Policy Nos. 3.10 and 4.4.1). As a procedural step, however,  the identified inventors of a patent must be named the original owners of the patent. 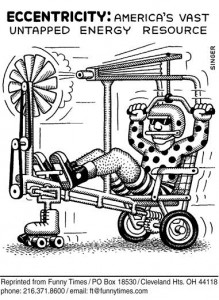 Because inventors are the original owners of their patents, it is imperative to define who, exactly, the inventor of a patent is.

In legal terms, the invention in a patent is defined by its claims – you might expect, then, that the inventor of a patent is defined by the claims as well. This turns out be true, as, to be an inventor of a patented invention, an inventor must have contributed to the conception of the invention and to at least one claim on the issued patent (see e.g. Ethicon Inc. v. United States Surgical Corp., 135 F.3d 1456 (Fed. Cir 1998)).

Moreover, under 35 USC § 116, there may be more than one (i.e. a joint)  inventor of a single patent, so long as each joint inventor individually meets the legal requirement for inventorship described above, and there was at least some concerted effort between the inventors (see e.g. §116; Eli Lilly v. Aradigm Corp., 376 F.3d 1352 (Fed. Cir 2004). Note that there are many problems that can arise in a patent with joint inventors, some of which we have previously noted in our discussion regarding collaborations and their impact on inventions and patents.

If the inventors on a patent are mis-identified, the end-result is that the patent can be invalidated – often costing the inventors thousands of dollars and years of hard work. Fortunately, if the error in identifying the proper parties was made in good faith, these defects can be remedied under either §116 or 35 USC §256. For an excellent summary of actions that can be taken to correct inventorship on a patent, check out this article from Campbell Chiang at Duke University.

The take-home message here is:  don’t use inventorship on a patent application as a commodity, as is sometimes done with authorship on a publication.

This is for two reasons. First, the “agreement” between the collaborators will be found to be invalid if it is ever discovered (which it will be for any valuable patent) – rendering such an “agreement” worthless. Second, if inventorship is found to be invalid due to an intentional act by one valid inventor, courts may construe the bargain as an intentional attempt to defraud the USPTO, thus nullifying the good-faith exceptions to remedying inventorship errors described above.  This could invalidate the patent in its entirety.

From my perspective, full disclosure with your attorney or patent agent is the best policy.  When disclosing an invention to your technology transfer office (or patent attorney), do not simply list the authors of a related publication as inventors. Although all authors may be considered inventors in some circumstances, the inventors of a patent are not necessarily all of the authors of a related publication.

When in doubt, provide your counsel with the names of all the individuals who contributed to the invented work, and let the attorneys decide who fits the bill as inventors.  This may be more work for the attorneys in the short term, but it can pay dividends to the inventors (and investors!) down the road if the patent is ever challenged in court.

Join us next week when we discuss Trademarks.

Blog How to determine who is an inventor on a patent: Unraveling inventorship vs. authorship