It’s been a while since we tried casting our gaze forward, looking ahead to what might lie in wait for UNeMed this year. Here’s a short list of things we hope to talk about a whole lot more before we close the books on 2019: 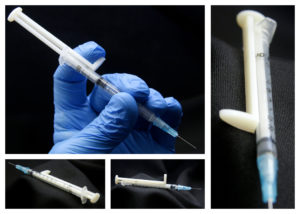 A prototype of a new one-handed syringe invented and developed at the University of Nebraska Medical Center.

Nothing is final, and we’re not one to count any unhatched chickens, but we’re thisclose to clearing the last FDA hurdles on a few medical devices. Before the year is out, we might announce three new, market-ready devices. A new hemodialysis catheter is wrapping up a final study; a revolutionary laparoscopic tool is nearing the end of its prototyping phase; and an elegant one-handed syringe design for delicate procedures is almost ready for manufacture.

UNeMed and the Big O

UNeMed is expanding its ongoing collaboration with the Omaha Chamber of Commerce’s Startup Collaborative. Fueled by a small grant from UNeMed, the Startup Collaborative will provide entrepreneurial expertise and leadership to University-based innovations that are suitable candidates as a startup company. This program is just getting started but has massive potential for building jobs and growing the local economy.

COPD licensing deal is in the mail, again

A few years ago, we listed a technology on the verge of a licensing deal. That deal fell apart at the last minute, which sometimes happens in this line of work. But the technology is solid, and a new licensing deal is in the works. The device is a chronic obstructive pulmonary disease (COPD) detector, and is believed to be the first to detect the earliest signs of an exacerbation long before it happens. An exacerbation is a sudden flare-up of sometimes-fatal symptoms that speed up COPD’s destruction of lung tissue. 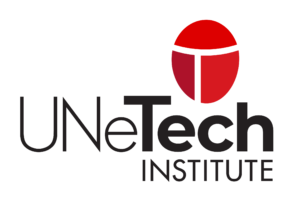 The University of Nebraska’s first innovation and startup incubator, UNeTech, was such a clear success that plans are already underway to expand the program. Thanks in part to a $250,000 donation and additional grant funding, the program will expand its scope beyond just University innovation and help foster other fledgling startups in the state.

Another big announcement that still needs a little more time in the oven involves a collaboration between a major Omaha corporation and the University of Nebraska at Omaha’s Information Services and Technology department. The project involves a novel approach to emails that try luring people into providing sensitive information such bank account or social security numbers—commonly referred to as phishing schemes. UNO’s anti-phishing software is currently in beta-testing and expected to be a publicly-available product by the end of 2019.