Six Seconds in Dallas: Fair Use and the Kennedy Assassination 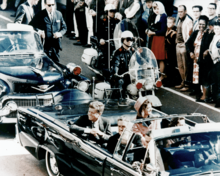 President Kennedy, his wife Jacqueline, and Texas Governor John Connally in the presidential limousine, minutes before Kennedy was assassinated on Nov. 22, 1963.

On November 22, 1963, at precisely 12:30 pm, shots rang out from the Texas School Book Depository overlooking Dealey Plaza in Dallas, Texas.  The shots tore into the motorcade that traveled through the plaza, wounding Texas governor John Connally,  bystander James Tague, and killing John F. Kennedy, the 35th President of the United States.  Also present that day was Abraham Zapruder, a russian immigrant who had, on a whim, decided to film the motorcade as it passed through Dealey Plaza.  While there were many photographers present, in a bizarre stroke of fortune (or misfortune), Zapruder was one of the few people actually capturing the procession on film –  and one of the fewer still who were capturing film from a vantage point that provided an unimpeded view of the presidential motorcade as the bullets ripped through it.

All told, the “Zapruder Film” comprises 26.6 seconds (486 frames) of footage documenting the event. Recognizing the value of the footage, Zapruder promptly sold the original film to Life Magazine for $150,000 (just over $1.1 million today). Three years later, Josiah Thompson, a former employee of Life, decided to publish his own account of the tragedy in his book Six Seconds in Dallas.  Unable to receive Life’s permission to use frames from the Zapruder Film in his recounting of the events, Thompson hired an artist to re-create the relevant frames from the film in the form of charcoal sketches, which were subsequently included in the book for analysis.

Shortly thereafter, Life sued Thompson for infringing its copyright in the Zapruder Film and, inherently, the still frames that make up the film.  Among other defenses, Thompson claimed that his re-creation of the frames was permissible under the Fair Use Doctrine – a principle that permits copyright infringement in certain circumstances (note: at this time Fair Use was a common law principle – today it is formally codified in the Copyright Act).  In 1968, the Federal District Court for the Southern District of New York heard the case and ruled in favor of Thompson (Time, Inc. v. Bernard Geis Assocs., 293 F. Supp. 130 (S.D.N.Y 1968).

If you’re scratching your head over this one, don’t feel bad.  Ostensibly, this is a textbook case of copyright infringement: after all, Thompson duplicated a creative work – the Zapruder Film/frames – to which he had no legal claim, without the permission of the lawful owner, and published the duplicate images for his own financial benefit.  So how on earth did the court find this permissible?  To understand, it’s imperative that one is familiar with the Fair Use defense – perhaps the most ambiguous, frustrating, non-sensical, and necessary, limitation on the scope of copyright protection.

The Fair Use Defense and the Copyright Act of 1976

Fair use (also called “fair dealing” in certain foreign jurisdictions) is an affirmative defense to a charge of copyright infringement that permits limited use of a copyrighted work without permission from the copyright holder.  Typical fair uses of a copyrighted work are for purposes such as criticism, commentary, scholarship, and parody.  At its core, fair use is representative of the balance inherent in all intellectual property schemes; in this case, it is recognized that, in some circumstances, public policy dictates that limited use of copyrighted material should be encouraged, despite the potential negative implications on the incentives offered by §106 of the copyright act.

Note that fair use is an affirmative defense to a claim of copyright infringement.  That is, even if a copyright holder can establish that a defendant infringed their copyright, if the defendant can show its use of the protected work is permitted under the fair use provision of the copyright act, the defendant will not be liable for copyright infringement.  To help determine if a specific use of copyrighted material is permitted as a fair use, Congress has implemented a four-factor test in 17 U.S.C. § 107 to weigh the equity – fairness – of the use.

Notwithstanding the provisions of §106 and §106(a), the fair use of a copyrighted work, including such use by reproduction in copies or phonorecords or by any other means specified by that section, for purposes such as criticism, comment, news reporting, teaching (including multiple copies for classroom use), scholarship, or research, is not an infringement of copyright.  In determining whether the use made of a work in any particular case is a fair use the factors to be considered shall include –

1.   The purpose and character of the use, including whether such use is of a commercial nature or is for nonprofit educational purposes;

2.   The nature of the copyrighted work;

3.   The amount and substantiality of the portion used in relation to the copyrighted work as a whole; and

4.   The effect of the use upon the potential market for, or value of, the copyrighted work.

Note that this is a factors test:  that is, a court will consider each factor independently in order to weigh the overall equity in permitting the infringing use.  Due to the subjective nature of each factor, along with their high degree of sensitivity to specific facts,  it would take pages to summarize the way courts have come out on fair use analyses.  I will not go into that much depth here, but here’s a little taste of what courts tend to look at when considering each factor.

Purpose and Character of the Use 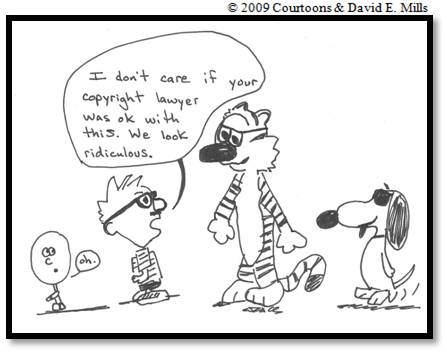 Arguably the most important factor in the fair use analysis is the purpose and character of the use of the work.  In evaluating the use, “transformative” uses are more likely to weigh in favor of the would-be fair user while uses that are “derivative” are more likely to weigh against a fair use finding.  Generally speaking, a work is transformative if it includes independent creativity by the would-be fair user, such as in a piece of criticism (where a copyrighted passage might be reproduced for purposes of analysis in the criticism) or a parody (where copyrighted material might be reproduced in order to comment on it).

For an interesting (and awkward…) discussion of the importance of this principle, check out Campbell v. Acuff-Rose, Music Inc., 510 U.S. 569 (1994), where 2 Live Crew’s  parodic sampling of Roy Orbison’s Oh, Pretty Woman was determined to be a sufficiently transformative fair use of the original work.

Nature of the Copyrighted Work

Arguably the least important factor in the fair use analysis, here courts look to evaluate the degree of creativity of the copyrighted work.  As such, fictional works generally weigh in favor of the copyright holder while non-fiction works are more likely to favor the would-be fair user (as Life Magazine found out…but I am getting ahead of myself).

Amount and Substantiality of Use

Effect of Use on Copyright Value

Application of the Fair Use Defense 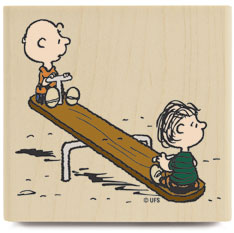 Reliance upon the fair use defense is problematic. Not only can evaluations of the different factors vary widely amongst different courts, but judges are given little guidance as to how the factors should be weighed against each other.  What, for example, is a judge to do with a highly transformative parody, when the underlying copyrighted work was very creative, was copied in its entirety, and the parody significantly diminishes the commercial value of the underlying work?  What about a work that is copied in its entirety, for purely commercial benefit by the would-be fair user, but where the work is minimally creative and the value for the underlying work is not harmed?

Unfortunately, given the subjective nature of the factors involved (e.g. How transformative is “enough”? What is the “heart” of the work?  How creative, exactly, was the underlying work really?) and the factors’ sensitivity to specific fact patterns, fair use case law has a broad spectrum of results and is not very helpful, on the whole, either.

Ironically, the difficulties with the fair use defense were specifically addressed (intended?) by Congress as far back as 1967, when, in an impressively prescient analysis, the House Judiciary Committee noted that:

Although the courts have considered and ruled upon the fair use doctrine over and over again, no real definition of the concept has ever emerged.  Indeed, since the doctrine is an equitable rule of reason, no generally applicable definition is possible, and each case raising the question must be decided on its own facts…the endless variety of situations and combinations of circumstances that can arise in particular cases precludes the formulation of exact rules in the statute.

Eventually the fair use doctrine was codified in the Copyright Act of 1976 (as 17 U.S.C. §107), but the concerns of House Judiciary Committee persist.  As such, there will always be a degree of uncertainty whenever a fair use defense is in play.

Fair Use and the Zapruder Film

So how did the court find in favor of Thompson based on his fair use claim?  You can find the court’s analysis in para. 131-4 of Time, Inc. v. Bernard Geis Assocs., but the following passage stands out in terms of illuminating the court’s thought process:

There is a public interest in having the fullest information available on the murder of President Kennedy. Thompson did serious work on the subject and has a theory entitled to public consideration. While doubtless the theory could be explained with [other non-infringing representations], the explanation actually made in the Book with copies is easier to understand. The Book is not bought because it contained the Zapruder Pictures; the Book is bought because of the theory of Thompson and its explanation, supported by Zapruder pictures.

So, given everything discussed above, the take-home message is this:  when utilizing someone else’s copyrighted material, try to obtain permission first.  If you do not, are sued, and are subsequently forced to assert a fair use defense, the only person who can be confident of a win will be your attorney.

Join us next week when we discuss the implications of technology transfer.

Blog Six Seconds in Dallas: Fair Use and the Kennedy Assassination