Why some inventions fail: Because Valley of Death says so 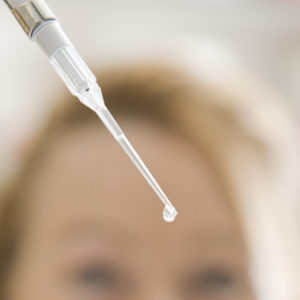 I’ve been rubbernecking the tech transfer equivalent of one of those mysterious single-car crashes that defies explanation.

Was there a bee in the car? Wasp? Maybe the driver was texting? Did someone fall asleep, or was there some catastrophic mechanical failure?

I’ve been watching it slowly unfold for the better part of a year now, and I still can’t explain it.

After cruising along at highway speeds with FDA approval finally within reach, a promising technology is now about to jackknife into the abyss—the dreaded Valley of Death, which has no shortage of ways to ensnare and suffocate biomedical research.

As a metaphor, the “Valley of Death” is a well-worn cliché for the many pitfalls in the technology transfer universe. Frankly, its overuse is starting to grate my nerves. It would be fantastic to invent a new way to describe the myriad of ways biomedical inventions and discoveries die in obscurity.

But the painful truth is there can’t possibly be a better descriptor. Just as light is the universal speed limit, the Valley of Death is a constant and unbreakable force, a black hole in the tech transfer realm.

It’s a hungry beast that will devour what it will. There’s no reasoning with it. There’s no understanding it.

Here’s what I mean:

A researcher at the University of Nebraska Medial Center developed a clever way to fight cancer—prostate, ovarian and breast cancers, in particular. Her novel concept could, in theory, apply to several other cancers as well.

She formulated a compound that infiltrates cancer cells and essentially triggers a cellular self-destruct. More specifically, it targets the androgen receptor, a protein common in many active cancer cells. The compound, which contains a radioactive isotope, penetrates the cancer cell, and damages its DNA to the point where it can no longer reproduce or survive.

Even better, because the compound so effectively targets cancer cells, it also makes it an effective tool to image cancers that don’t normally show up on X-Ray, PET, MRI and other scans.

Better still, the expected side-effects would be minimal because this approach apparently avoids inflicting collateral damage to the surrounding healthy tissue.

The data looked great. Test after test showed it worked in the lab.

Test after test showed it worked in animals.

Finally ready for testing on human patients, a clinical partner signed on. All the paperwork was in order. No objections from the FDA.

The clinical trial was ready to roll.

Then all four tires blew out.

Now we’re grinding it out on our rims without so much as a donut spare in the trunk. Some might lightly tap the brakes for a quick glance as they roll on by.

They’ve seen it before.

Stick around this business long enough, and you’ll find that everyone has their own sad saga of woulda-shoulda-coulda.

This innovation tale of woe isn’t over yet, so there’s still a small chance of hope. But it doesn’t look good. The technology is foundering in a soupy tar pit near the Valley’s far bank. The clinician told me he could get it moving again with about $150,000—a drop in the bucket for biomedical innovation that’s often measured in billions—but it founders all the same. The funding, the personnel, the resources just aren’t there.

It’s hard to watch, but equally hard to turn away. I want to help, but I don’t know how. I would call someone, but they’ve seen this roadshow before.

I hope it gets moving again, but I’m having my doubts.

So, I’ll vent a little here, and hope we can find a few spare tires before it’s too late.

Blog Why some inventions fail: Because Valley of Death says so

One Response to Why some inventions fail: Because Valley of Death says so