Bridging the ‘Valley of Death’

OMAHA, Neb. (Sept. 10, 2013)—The road from an idea to an actual product is perilous. The stakes are even higher when we start talking about biotechnology ideas that could improve quality of life or perhaps even save lives. In a certain sense it brings to mind trench warfare.

A no-man’s land separates commercial success from the bulwark of good ideas. Anyone trying to bridge that divide — commonly known as the “Valley of Death” by industry insiders — will suffer withering assaults and sometimes overwhelming obstacles. That’s why so few ideas get much further than the back of a napkin. 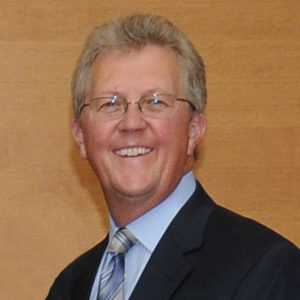 At first blush the comparison to war seems over the top. But as we talk about medical research, it’s no exaggeration to say countless millions of lives could hang in the balance. Too many people are in desperate need of cures and treatments and devices and better diagnostics that could save or extend their lives. And researchers are eager to find those solutions.

Sometimes, the best ways to get those solutions to the people who need them are to build startup companies around new technologies.

But lurking around every corner, it would seem, are numerous “business killers” lying in wait for every new venture—ready to pounce and devour the fledgling company and its promising new invention. The dangers are particularly fierce in the biotechnology field where the cost of a new medication amounts to a high-risk, billion-dollar bet that would make a casino pit boss blush.

That said, new biotech companies make for ideal corporate citizens because — in addition to the potential health benefits to society as a whole — they bring with them high-paying jobs and increased tax revenue. That’s just one reason why Nebraska made attracting high-tech firms one of its top priorities with the so-called T2 Initiative.

But when surrounded by so many hazards, it takes more than a business-friendly state to build a strong beachhead. After 30 years of industrial technology transfer experience, I still find it remarkable that anyone ever sees the other side of that gauntlet.

In fact, I’m not even halfway through building a new startup and it’s already clear I wouldn’t have made it this far without the support, guidance and investment from UNeMed Corporation—the office that helps technologies developed by researchers at the University of Nebraska Medical Center get beyond the laboratory and into patients’ hands.

Long before I joined UNeMed in 2012 as the Entrepreneur-in-Residence, Dr. Vinod Labhasetwar had developed a new nanotechnology that could deliver powerful medicines to the deepest layers of skin and tissue. The invention has limitless potential. It can deliver effective cancer treatments or even help prevent skin cancer and wrinkles.

I feel good about where we are right now, but I often wonder how university researchers could even contemplate crossing no-man’s land without the kind of help a technology transfer office like UNeMed can provide.

Legal and patent fees alone are enough to derail most technologies. Attorneys, patent offices and consultants can lob bills and fees that can amount to anywhere between $20,000 and $30,000. That’s just patent expenses. When you start adding other consultant fees and additional research, we’ll need to spend more than $1 million before we even design a market-ready product.

Making a discovery, inventing something new, and securing a patent: As incredibly difficult as all that is, it’s only one small portion of the process.

That new invention usually needs to be refined. It needs additional testing and support that typical university research budgets can’t support. So offices like UNeMed seek out collaborators in industry or angel investors to buy into the idea and provide the necessary funding to push it through final development. That is the real trick.

Most ideas die at that doorstep.

The nanotechnology we licensed from UNeMed nearly suffered the same fate. Industry just wasn’t willing to go out on a limb to help develop the untested nanotechnology.

There are typically years, sometimes decades, of additional testing and development (and millions of dollars) that separate the enlightened scribbles in a researcher’s notebook from a new product at the nearest hospital.

But if the idea somehow survives that long and a collaborative partnership with industry is signed or an entrepreneur like me builds a startup, then the researcher can start to relax. Working without the support of a technology transfer office can become a legal knife fight of contract and licensing negotiations that most researchers shy away from.

UNMC’s technology transfer office shields their researchers from all that. They pay the legal bills, they have built relationships with a ton of people in industry, and they take on all the legal battles.

And UNeMed went far beyond providing just a service to our company. They invested pre-seed money in the company to help us develop a working prototype. Then they helped us secure a $50,000 grant from the Nebraska Department of Economic Development.

ProTransit Nanotherapy has a real chance now, and that means we can one day soon be infinitely more effective at protecting against skin cancer. With additional development on this single UNMC invention — one that UNeMed never gave up on even when industry walked away — we might even roll out more effective treatments for things like diabetes, stroke or sickle cell anemia.

Without UNeMed, we would be just another forgotten casualty in “The Valley of Death.”