OMAHA, Neb. (Aug. 23, 2017)—Building on the popularity of two key events, UNeMed this year will combine the annual Innovation Awards with the prestige of the Shareholder Meeting, officials announced today.

“We always enjoy shining a bright spotlight on the talent and spirit of innovation at UNMC,” UNeMed President and CEO Michael Dixon said. “And the Shareholder Meeting presented people with the rare opportunity to engage with University leadership. So, we really wanted to bring those two things together into one bigger, better event.”

The Innovation Awards Banquet is now an invitation-only event with a more formal, sit-down meal. The venue has also changed, and will be held at the Truhlsen Event Center in the Michael F. Sorrell Center on the corner of 42nd and Emile Streets. 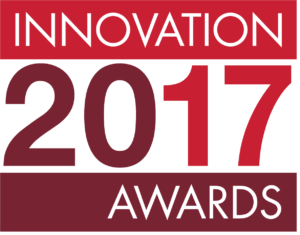 UNeMed’s Innovation Awards annually recognizes University of Nebraska staff, students and faculty in Omaha. UNeMed presents awards to those who disclosed a new invention, licensed an invention or received a U.S. patent in the previous fiscal year. This year, UNeMed will also honor an Emerging Inventor of the year and a Most Promising New Invention.

In previous years, the Shareholder Meeting was a popular off-campus event that brought together many key members of the University’s leadership team.

The goal in combing in events, Dixon said, was to bring together major elements into a singular, high-quality evening.

“It’s going to give our inventors more exposure, which they richly deserve,” he said. “And it’s still going to give our leadership the chance to meet with colleagues and some of our most talented researchers.”

The Awards Banquet is a part of Innovation Week, which will enter its 11th year in 2017. 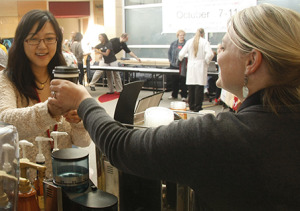 Innovation Week begins Monday, Oct. 23, at 9-11 a.m., with the “Kick-Off” in the Durham Research Center atrium. The event is open to everyone who wants to meet with UNeMed staff, grab some freebies—including a UNeMed T-shirt—and a cup of coffee or a smoothie.

The Innovation Awards Banquet is on Thursday, Oct. 26, followed by an educational seminar on Friday, Oct. 27. The seminar is expected to help researchers, faculty and other scientists explain complicated ideas in terms that most can understand.

UNeMed will announce further details for the seminar soon.