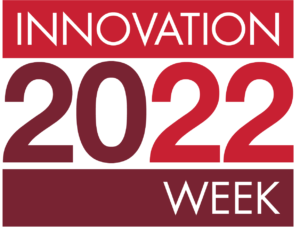 Starting at 9 a.m., in the Wigton Heritage Center atrium at UNMC, UNeMed will host the Faculty Entrepreneurship Mixer. It will feature UNMC researcher-inventor-entrepreneur, Dong Wang, PhD, who will present brief remarks about his experience starting and developing a new company around his innovations. Co-sponsor IDeA-CTR will provide coffee and doughnuts on a first-come, first-served basis.

Then, at noon, a panel discussion will cover issues related to software intellectual property and commercialization. This event will be held at Maverick Landing on UNO’s Scott Campus. A complimentary lunch will be provided to the first 30 guests.

At noon, UNeMed will host a discussion about the federal SBIR/STTR Grant program, where expert panelists will cover best practices for those awards. The panel will be at UNO’s main campus at the Weitz Community Engagement Center, and complimentary lunch will be provided to the first 30 guests.

An invitation-only event, the Awards program will begin with a networking cocktail hour at 5 p.m., followed by the awards ceremony. The ceremony will honor all UNMC and UNO inventors who disclosed a new invention, received a U.S. patent, or had their technology licensed during the previous fiscal year.

UNeMed will also present special awards recognizing an Emerging Inventor, the Most Promising New Invention of the Year, and a Startup of the Year.

Innovation Week began on Monday, Oct. 10, with a Kick-Off event in the DRC atrium, and a panel group that examined the basics of technology transfer and commercialization at UNMC and UNO.