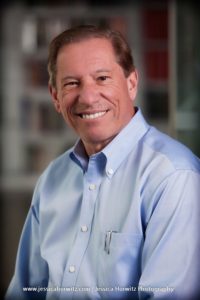 At noon, noted chemist Dennis Liotta, Ph.D., will lead a one hour seminar in the DRC auditorium. He is the Executive Director for the Emory Institute for Drug Development, and helped transform HIV/AIDS from a death sentence into a chronic but manageable infection.

It is estimated that about 90 percent of all HIV-infected patients in the United States have taken one of the two drugs he invented. The title of his seminar, which is free and open to all: “Novel Therapeutics for Treating Viral Diseases, Cancers and Inflammatory Disorders.”

Pizza will be provided first-come, first-served.

The week culminates later tonight with an awards program that specifically recognizes innovators and their work, conferring awards to those who have disclosed a new invention, were issued a United States patent, or had their technology licensed for further commercial development.

The awards program is invitation only.

UNeMed’s Innovation Week is an annual celebration that promotes and recognizes innovation and research at UNMC and UNO.

Innovation Week began Monday with a Kick-Off event, and then on Tuesday UNeTech, the University’s startup incubator, hosted an open house. Finally, on Wednesday, Nebraska Bio sponsored its popular annual event, a luncheon and panel discussion that celebrates women in STEM fields—science, technology, engineering and mathematics.