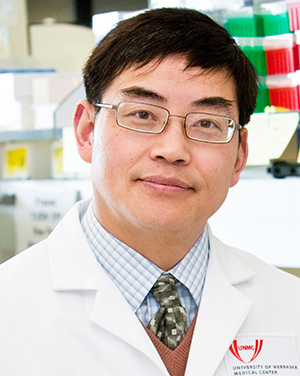 A leading expert on antimicrobial peptides, Dr. Wang’s landmark papers were both published in the prestigious Proceedings of the National Academy of Sciences. The more recent paper, “Two distinct amphipathic peptide antibiotics with systemic efficacy,” published on July 28, and essentially proves in practical practice and application some of the ideas in the previous paper.

The previous article, “Low cationicity is important for systemic in vivo efficacy of database-derived peptides against drug-resistant Gram-positive pathogens,” published on June 17, 2019. In it, Dr. Wang describes a new approach to classifying and designing antimicrobial peptides.

In the most recent publication, Dr. Wang used these methods to synthesize two examples of antimicrobial peptides, horine and verine. Both have potential for clinical use, through intravenous administration, like a traditional antibiotic.

This represents a huge leap forward in the quest for new antibiotics. Until now, most antimicrobial peptides have only shown promise as a topical salve or lotion when applied at the site of infection. But these new peptides significantly increased sepsis survival in mice, and cleared evidence of infection from major organs throughout the body after a single injection. Significantly, these designer antimicrobial peptides did not show toxic side effects to the kidneys in either mice or rats after a week of daily injections.

“Horine and verine, with horizontal and vertical amphipathic structures, are two tiny, packed, and amazing molecules,” Dr. Wang said. “While horine can eliminate MRSA and similar gram-positive pathogens, verine has broad spectrum activity and can also kill gram-negative pathogens such as the superbug Klebsiella.”

Klebsiella is a common type of bacteria that can live harmlessly in parts of the digestive system. But when Klebsiella infects other systems such as the lungs, urinary tract or bloodstream, it can be dangerous and difficult to treat—particularly if the infection was acquired in a hospital setting where the bacteria is more likely to be resistant to antibiotics.

Treatment options for Klebsiella and other bacterial infections are limited. Since 2018, the FDA approved only two new systemic antibiotic drugs, both in 2019. One was lefamulin, a new treatment for community-acquired pneumonia. The other was cefiderocol, a treatment for urinary tract infections. Neither of the two new treatments list Klebsiella among their lists of targeted bacteria.

Overall, the U.S. antibiotic pipeline has stagnated in the last 20 years. Since 2000, the FDA has approved 20 new systemic antibiotics, a significant drop from the 52 new antibiotics produced in 1980-1999.

In an effort to make peptides a viable antibacterial treatment, Dr. Wang is working with UNeMed and UNeTech to protect, validate and commercialize his discoveries. UNeTech is the accelerator and incubator program for startup companies that spin out of University of Nebraska innovations in Omaha.

“The work has only just begun, and we welcome collaborations to advance these fascinating molecules forward,” Dr. Wang said. 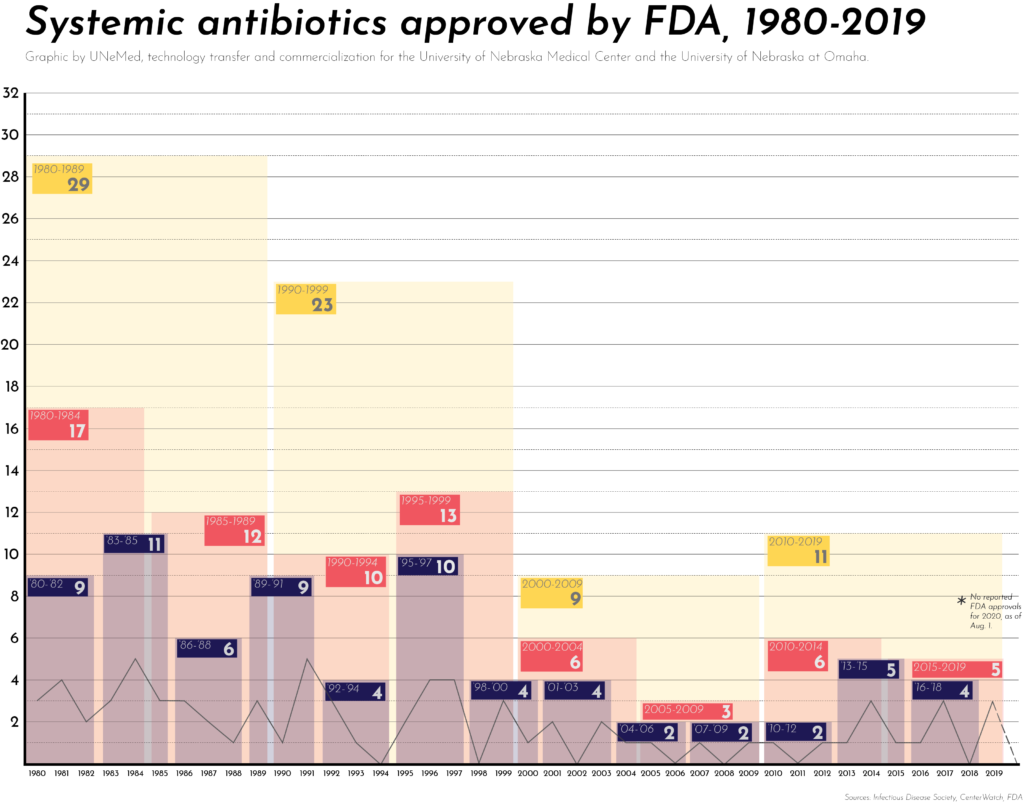