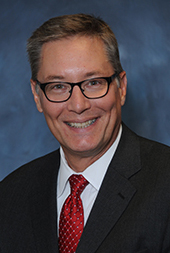 OMAHA, Neb. (Aug. 5, 2014)—UNeMed Corporation announced at its annual shareholder meeting that Tyler Martin, M.D., has been added to the board of directors.

Martin, a product of Hebron, Neb., joins UNeMed after a long stretch of success in Silicon Valley where he helped build new startups and managed established biotech companies. His experience in ushering several new therapeutics through an arcane and complicated regulatory process could be particularly valuable to UNeMed, which is the technology transfer office for the University of Nebraska Medical Center in Omaha.

“We’re thrilled to have someone with his expertise back in Nebraska, helping build the biotech industry in the state,” UNeMed president and CEO Michael Dixon said. “He’s been building biotech companies and bringing new drugs to market for two decades, so he brings in a wealth of industrial and clinical knowledge.”

A pediatrics and infectious disease expert, Martin received his M.D. from UNMC in 1986. More recently, he managed Dynavax Technologies Corporation as the biopharmaceutical company’s president and Chief Medical Officer.

Martin returned to Nebraska in 2013, founding a biotechnology consulting firm, Great Plains Biotechnology, in the Lincoln area. He is also the CEO of Adjuvance Technologies Inc., a private pharmaceutical company specializing in vaccine design and production.

“My wife and I are from Nebraska, and we always thought about coming home,” Martin said. “There’s an underappreciated amount of biological talent here, and so we jumped at opportunity to help create a life science nexus in Nebraska.”

Other members of the UNeMed board are Dixon, Chairman Don Leuenberger, Director Terry Opgennorth, Ph.D., and Richard Spellman.