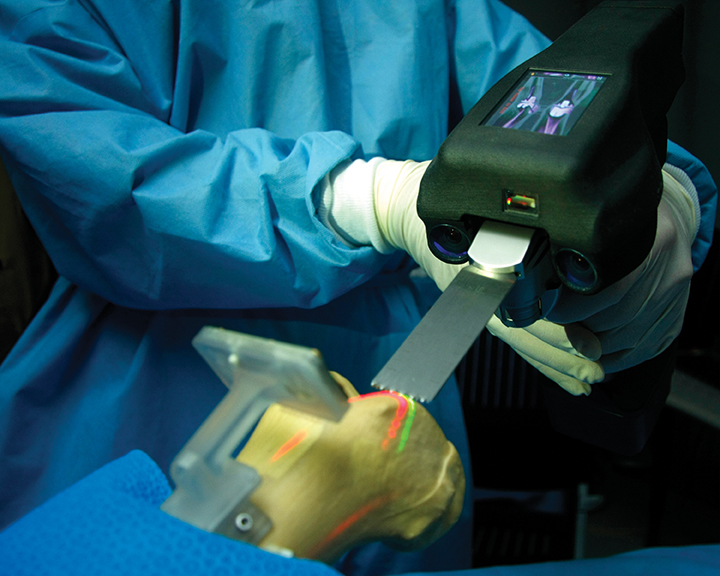 Haider, a biomedical engineer and professor of orthopedic surgery research at the University of Nebraska Medical Center, thought hip and knee replacement surgeries could be better.

The problem: A successful joint replacement requires a talented surgeon with a mastery of skills gained through countless hours of experience and repetition. Success also requires a complement of specialized nurses, staff and costly equipment.
It’s been that way for decades.

Haider, a mechanical engineer who spent the first half of his career in fluid dynamics, saw a unique solution to the problem—one that has the potential to transform how joint replacement surgeries are performed in the future.

“I changed careers late,” he said, “and when you come in with fresh eyes, you can think outside the box a little.”

But a great idea—even one as promising as Haider’s—gets nowhere without some help.
It would need an infusion of fresh capital, and a savvy entrepreneur nimble enough in the biomedical industry to build an entire business around the new technology.

All those elements came together for Haider, and the result is Trak Surgical, Inc., a new Omaha-based surgical device company with enough Invest Nebraska funding to create as many as seven high-skill, high-paying biomedical jobs.

“This company is a fantastic example of the university, private enterprise and government working together to create high growth companies and jobs in Nebraska,” said Michael Dixon, president and CEO of UNeMed Corporation, the technology transfer arm of UNMC.

UNeMed entered the picture early in the process. It helped file the patent applications, and worked with Haider through a nine-year process of testing, fund-hunting and match-making—a process that is still months, if not years, from impacting patients.

Bruce Lichorowic, a serial entrepreneur from Silicon Valley who has been building and guiding startup companies for more than 30 years, formed Trak Surgical, Inc. in 2012. Lichorowic, who has raised more than $600 million in venture capital enterprises, signed on as Trak Surgical’s CEO and quickly lined up angel investors in California, Texas, and Arizona.

Invest Nebraska CEO Mark Crawford said one of the biggest factors in the decision to invest in the new startup was the addition of Licorowic.

“I bet on the jockey, not the horse,” he said. “The cherry on top is the innovative technology.”

Invest Nebraska is partially funded by the state’s Talent and Innovation Initiative, a funding program in the Nebraska Department of Economic Development aimed at encouraging small businesses, innovation and entrepreneurship in Nebraska.

“The technology was invented here. The research and development stays here,” Crawford said. “My hope is future deals can be funded completely inside the state.”