OMAHA, Neb. (July 24, 2018)—A modern genetic test for a cancer patient contains more information than ever before: Too much, in fact, for modern digital medical records.

New tests, particularly those genetic cancer tests, hold critical clues about the nature and ferocity of a tumor. They help doctors and patients plan treatments, and adjust for new mutations in the tumor.

But those tests don’t neatly fit into modern health records. In fact, those test results don’t fit at all. Physicians must wade through multiple file attachments, or scroll through an apparently never-ending “notes” section for the important details.

It’s like looking for a specific movie scene among a stack of old VHS tapes. That’s great for 1995, but not in today’s digital age that moves at warp speed.

The problem is that electronic health records—EHR for short—were originally created to help the billing process.

“EHRs were not built for clinical teams to use as searchable databases,” said Kelly Choi, M.D., GenomOncology’s Chief Commercial Officer. GenomOncology is a Cleveland-based firm focused specifically on all that biomedical data, or informatics that comes out of cancer gene testing and research.

GenomOncology builds powerful engines that doctors and researchers use to tease important information from things like complex genetic tests. After signing an exclusive agreement with UNMC, GenomOncology now has a way to transmit those results to a patient’s EHR, arming their doctors and care-providers with a clearer picture of their patient’s health and history.

“Most in the industry thought it wasn’t possible to pass genomic data in a discrete manner with the current infrastructure, but we were able to find a way, with the team at UNMC,” said Manuel Glynias, founder and CEO of GenomOncology. 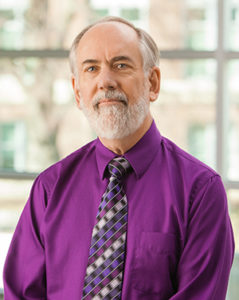 The deal began with UNMC researchers Scott Campbell, Ph.D., and Jim Campbell, M.D., who managed to simplify the complex. They developed a way to codify and name the multitude of facts that come from cancer gene testing. It needed to be something that a doctor could quickly and easily understand.

“There’s all this new research about cancer, and none of it matters until you can determine what kind of cancer you have and what to do about it,” said Joe Runge, the business development manager at UNMC’s technology transfer and commercialization office, UNeMed. “This technology helps doctors more easily integrate all this new information.”

UNeMed, negotiated the licensing agreement, which pairs GenomOncology’s powerful engine with the Campbells’ elegant system. The system is called the Nebraska Lexicon Synoptic Pathology Reporting Module, and functions as an add-on to the most widely-used EHR terminology in the world, SNOMED CT.

“This doesn’t happen without Scott Campbell and Jim Campbell,” said Catherine Murari-Kanti, a licensing specialist at UNeMed. “But they can’t do this without GenomOnocolgy’s platform. It’s the perfect marriage.” 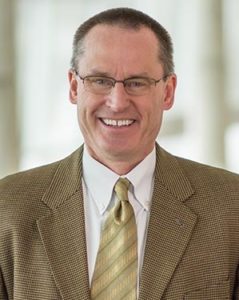 GenomOncology’s platform, now armed with the UNMC module, will do more than just help with diagnoses treatment plans. The system could make a dramatic impact in research, helping filter and enroll patients for clinical trials.

“There’s a lot of cool stuff going on in oncology, and I think we’re underserving the patient because we can’t identify potential patients for trials and vice versa,” Choi said.

By making the EHR a more useful database, researchers and clinicians can find potential patients or trial programs. They will no longer need to spend countless hours poring through attachment files.

“Less than 5 percent of cancer patients get enrolled in clinical trials,” Choi said. “That number hasn’t changed since the 1980s in part due to various informatics challenges. We can do a lot better than that.”

GenomOncology enables the application of genomics in oncology to improve patient care. We have applied our expertise in genomics, technology and data integration to create solutions for cancer care providers. Our solutions are end-to-end: from the data coming out of the sequencer to the bedside where oncologists make treatment decisions. Our technology streamlines workflow and creates actionable reports for pathologists. Downstream, we integrate molecular and clinical information, providing oncologists with powerful decision-support tools that enable treatment selection, patient identification for clinical trials, and a “patients-like-mine” feature for use in difficult cases – all delivered through a real-time platform. Our solutions also enable “Big Data” analysis of aggregate data to drive research and new insights.