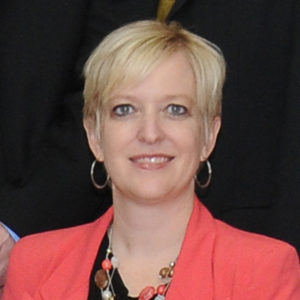 Ware, currently NePA’s secretary on the board of directors, will officially assume the new role when her 1-year term begins on Oct. 1. When the term is up, she will then take on the role of president on Oct. 1, 2014.

Kim Hansen, of the Omaha World-Herald, is the outgoing president, and will be succeeded by the current president-elect, Teresa Barnes, ACP, of the Omaha law firm Gross & Welch.

The president-elect traditionally chairs the Continuing Legal Education Committee, which presents two seminars each year, including a two-day conference every fall. The president, meanwhile, oversees all operations including regular board of directors meetings.

Founded in 1976, the Nebraska Paralegal Association is a volunteer organization serving the legal profession with more than 200 members statewide.