Zucker named Innovator of the Year 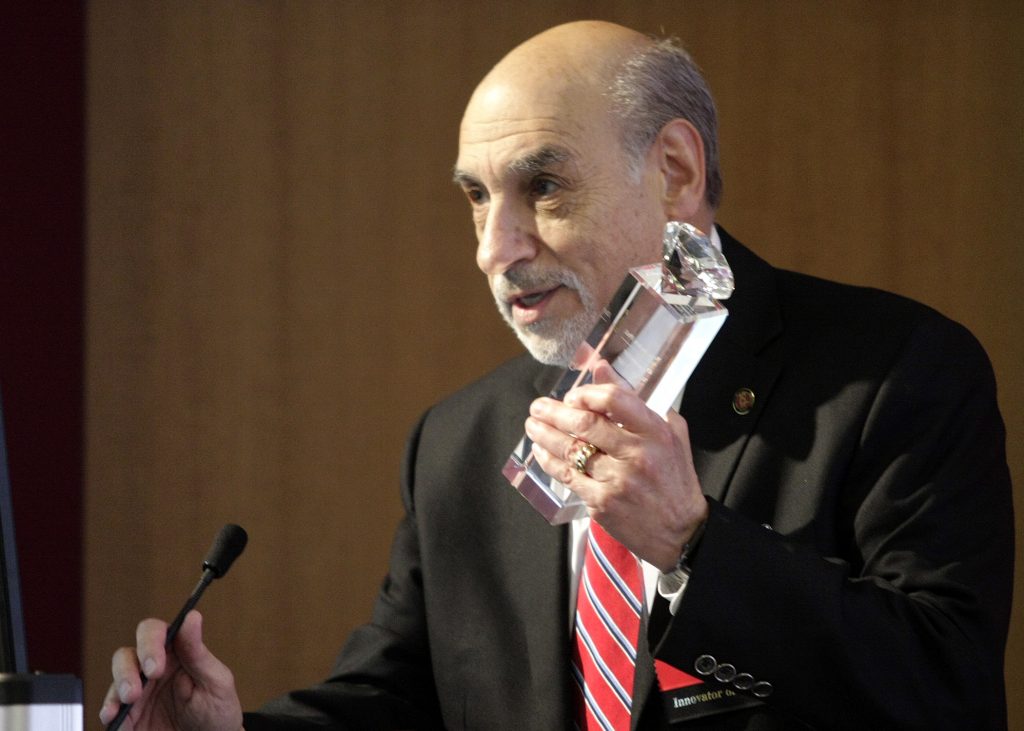 Iriving Zucker, Ph.D., accepts the 2016 Innovator of the Year award. 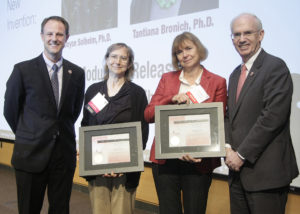 Collaborators Joyce Solheim, Ph.D., and Tatiana Bronich, Ph.D., also earned special recognition as the inventors of the “Most Promising New Invention” of 2016. Together, Drs. Solheim and Bronich developed a nanoparticle formulation of a protein called CCL21. The nanoformulated CCL21 has shown great potential for the treatment of cancer.

Hosted by the University of Nebraska Medical Center’s technology transfer and commercialization office, the Innovation Awards recognized more than 150 UNMC innovators. Each year, UNeMed sponsors Innovation Week as a way to celebrate and honor all UNMC faculty, students and staff who reported a new invention, secured a U.S. patent or licensed a technology.

Dr. Zucker, UNMC’s 2007 Scientist Laureate, won the Innovator of the Year Award on the back of a new treatment strategy he and his team developed for cardiovascular disease.

“This was really an unexpected honor,” Dr. Zucker said during his brief acceptance speech. “Really, the credit goes not to me—I provided the laboratory and maybe some of the funding to get it started—but I’ve been very fortunate to have some really talented people who work in our laboratory.”

His laboratory is focused on reducing the excessive sympathetic nerve activity found in chronic heart failure and in patients with high blood pressure. A biopharmaceutical company recently licensed one of Dr. Zucker’s innovations in a collaborative agreement that could lead to an FDA-approved treatment for chronic heart failure and high blood pressure. 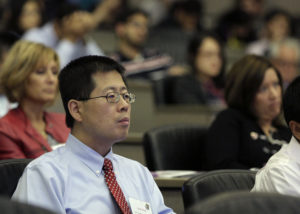 Above, UNMC researcher Don Wang, Ph.D., was among the few who earned recognition in all three categories: New Invention, U.S. Patent and Licensed Technology. 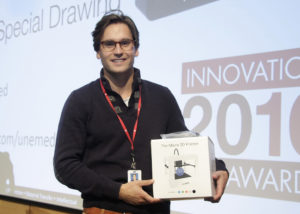 UNeMed, which celebrated its 25th anniversary during Innovation Week, raffled away a free 3D printer to Erik Rask, a graduate student in UNMC’s cardiovascular and biomechanics laboratory.

Innovation Week began Monday, Oct. 4, with a Kick-off event that featured UNeMed staffers handing out free T-shirts and other items. Innovation Week continued Tuesday with a panel discussion about the biomedical applications of 3D printing.

Learn more about all Innovation Week events at https://www.unemed.com/innovation-week or view pictures from all events on UNeMed’s Flickr page at https://bit.ly/InnovationWeek16pics.