Wage war against pancreatic cancer with minimal side effects

Wage war against pancreatic cancer with minimal side effects 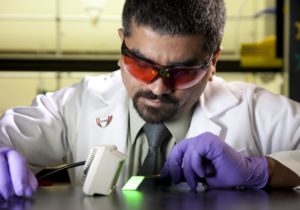 There may finally be an answer to pancreatic cancer.

Every year, roughly 45,000 people are diagnosed with pancreatic cancer, the most lethal form of cancerous disease. With current treatment options, almost 43,000 of them will die within five years of diagnosis.

The few treatments that exist are too soon rendered impotent as patients quickly develop resistance to the drugs.

But researchers at the University of Nebraska Medical Center may be able to increase the odds for those who receive the grim news. Researchers at UNMC are working on a novel drug called “13-197” that has shown promise in mouse models with relatively few side effects.

“13-197” is still in preclinical development for pancreatic cancer, and may be useful in the treatment of other forms of cancer and other diseases such as diabetes.

UNMC is interested in partnering with a pharmaceutical company to further develop “13-197” and future analogs for clinical use.

Novel Inhibitors of the NF-kB Pathway

NF-κB regulates the expression of more than 200 genes involved in a variety of functions such as immune regulation, cell growth, and inflammation. Aberrant NF-κB activity is associated with a number of disease states such as cancer, diabetes, inflammatory disorders, and autoimmune diseases. Since the NF-κB pathway plays an important role in the development and progression of numerous diseases, it is an ideal candidate for the development of therapeutic compounds. 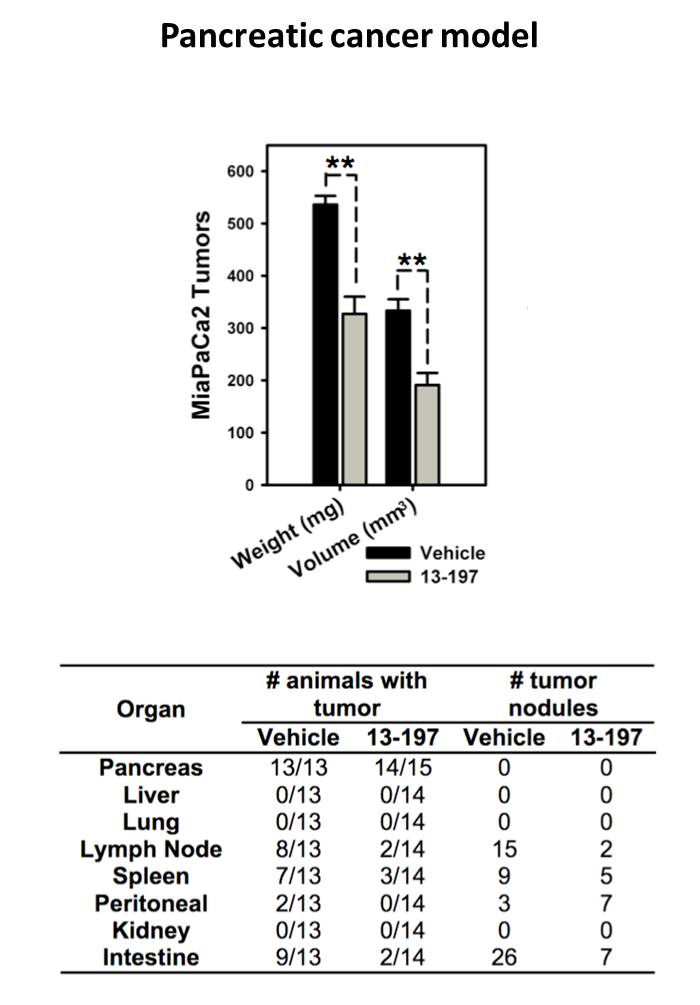 Researchers at the University of Nebraska Medical Center have identified a set of compounds that act as inhibitors of the NF-βB pathway and specifically inhibit IKKκ. Initial work has focused on the compound 13-197. Compound 13-197 has been evaluated using a wide variety of in vitro assays and demonstrated potent antiproliferative activity against a panel of cancer cell lines. It also inhibited NF-κB mediated gene transcription, enhanced caspase 3/7 activity, induced apoptosis, and sensitized pancreatic cancer cells to gemcitabine.

In vivo studies have also been completed in an orthotopic mouse model of pancreatic cancer, 13-197 significantly decreased tumor size and tumor metastasis. 13-197 also decreased inflammation and microvessel density within the tumor while increasing tumor necrosis. Compound 13-197 has also been tested in a mouse model of mantle cell lymphoma where it reduced tumor burden in the kidney, liver, and lungs and significantly increased the overall survival of the mice.

UNMC researchers are currently working on further evaluations of 13-197. Included in this are ways to further optimize the oral bioavailability and potency of 13-197. 13-197 and/or analogs could be promising compounds for the treatment of a variety of cancer and other NF-κB-associated diseases. 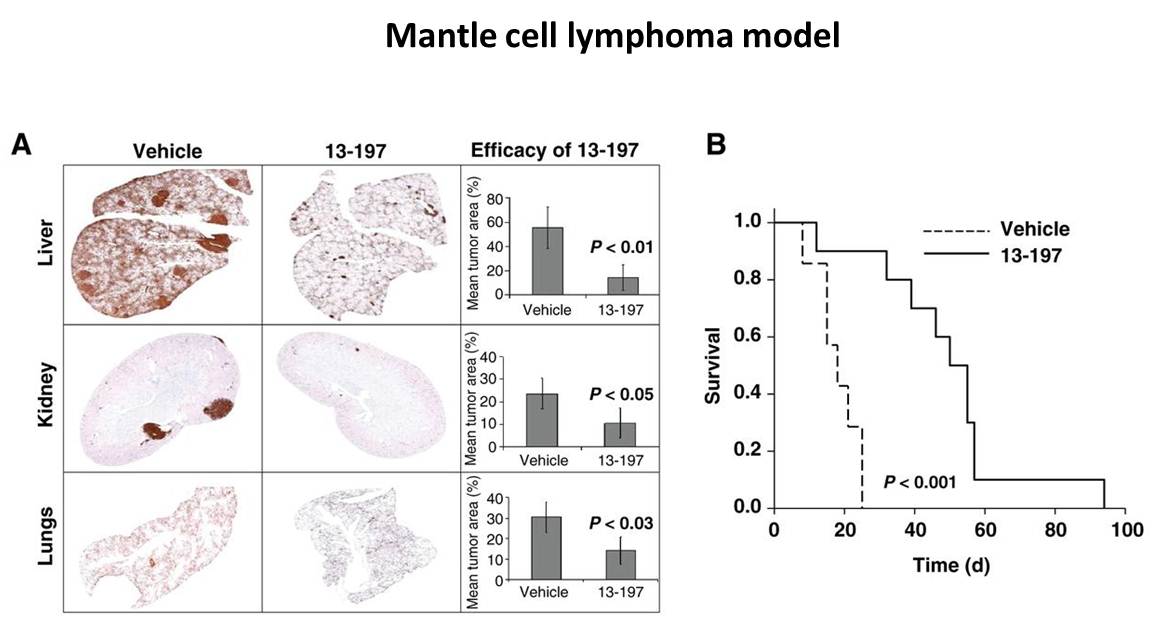