My First Year: What everyone should know about tech transfer offices

As I reflect on my first year with UNeMed and the technology transfer industry, I’m reminded of the most recent Halloween.

It was around that time that my then 2-year-old daughter discovered the most amazing thing in her tiny life. As we walked through a grocery store—likely on our way to the find the eggs or milk or something equally mundane—she skidded to a halt.

Her relentless entreaty for a box of Lucky Charms abruptly ended.

Her jaw slacked. Her little mouth opened to speak, but no words could form. 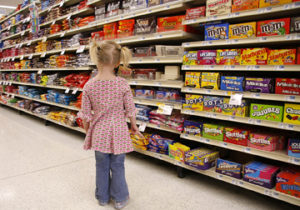 Until she discovered the candy aisle at the supermarket, Madeleine Litton, 3, had no idea such a bounty of sweet happiness could exist.

As far as her eyes could see, there was her Nirvana. A seemingly endless row of glistening packages and cheery colored boxes. It was a row of happiness.

It towered over her petite, 38-inch frame. It surrounded her. So unattainable, yet all within a finger’s reach.

“Daddy,” she said in a whisper of deferential awe. “Look at the nummy-nummies.”

I had just witnessed a well and truly blown mind.

And I can’t help but wonder if my new colleagues witnessed a similar scene when I joined UNeMed 12 short months ago.

I’ve always been a sucker for a good “gee-whiz” story, and there’s plenty to go around in these parts. The University of Nebraska Medical Center has been building world-class research facilities at a Ramses-like clip, and the innovations have been spinning out at an equally prolific rate.

Honestly, I expected all that. I could take the cheap and easy route here, and just run down a quick list of 10 cool new gadgets and gizmos. Something like that might be worth a glance while your barista swirls a Bob Ross mountain-scape into the foam of your morning latte. 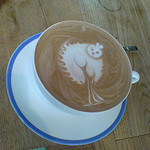 But what I didn’t expect, what totally knocked me off my feet, was the discovery of the hidden world that is technology transfer.

I knew about it in the abstract, sure, but the tangible reality of it was the honest surprise.

Specifically, I’ve noticed a general misconception that licensing university research is believed to be a license to print your own money.

I wonder if people who believe that think about a smoke filled room lit by a lone 60-watt bulb glaring from under a dusty and dented metal shade. It’s long shadows stretching into the dark, unlit corners. Under the yellow light, men with sinewy forearms wear green-tinted visors to hide their soulless eyes. They clench smoldering cigars with bared teeth while counting stacks of cash amid a mass pile of silver and gold.

The room reeks of sweat and children’s tears.

When it comes to the possible financial windfall that universities might enjoy from tech transfer offices, I honestly don’t know what I thought before I started here—or even if I thought about it at all.

But somewhere up there, I suppose I suspected that the industry would be a lucrative one. That UNeMed and UNMC—and, by extension, every other TTO in the land—were reaping a tidy little profit from royalties and licensing fees and the like.

I must have, because I know that I was entirely surprised to learn that assumption was and is false.

First, any profits are rolled right back into the research machine, and second I haven’t seen a whole lot of preoccupation with the bottom line in the first place.

But none of that really matters, because for the false premise to hold, it presumes that TTOs are money-grubbing beasts. That they are slaves to the almighty dollar, and pursue only what can make a buck.

And that’s where my jaw went a little slack.

I’m surrounded by Ph.D.’s who all know their way around a cryostat. They tell gene sequencing and pipette jokes for crying out loud. If I had a slightly larger brain, I might even get one or two of them. Who knows. They might even be funny, right?

I suppose if the university were honestly and truly interested in a revenue-generating machine, they wouldn’t stack the office with scientists. There might be a worse business plan, but I can’t imagine what that might be. Instead, if the administration was only interested in the Almighty Dollar, they might be better served to load us up with MBAs and save the coffee for closers.

So it’s not profit that drives this ship, it’s technology.

There’s a genuine excitement about a new discovery, and from that flows an earnest paternalism in trying to protect that discovery so it can reach its fullest potential.

It makes me happy and proud and excited to honestly say I get to work at place that is sincerely interested in helping make the world a healthier and better place.

If that weren’t true, I would have saved myself some time and just cranked out another list of technologies.

Charlie Litton is the communications associate for UNeMed Corporation, the technology transfer office (TTO) for the University of Nebraska Medical Center. UNeMed serves researchers, faculty and staff who develop new biomedical technology and inventions, and strives to help bring those innovations to the marketplace for a healthier and better world.

Blog My First Year: What everyone should know about tech transfer offices