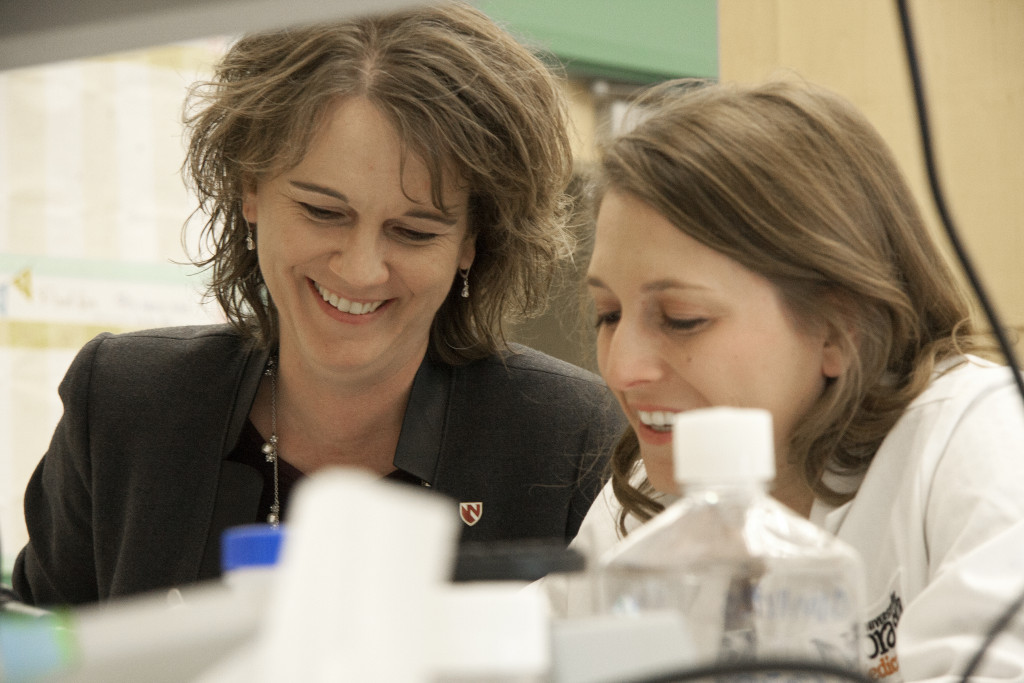 Tammy Kielian, Ph.D., professor in the University of Nebraska Medical Center Department of Pathology and Microbiology, has been named the 11th UNMC Scientist Laureate.

The award is the highest honor UNMC bestows to researchers.

Dr. Kielian will be honored along with 21 other researchers who were named UNMC Distinguished Scientist, New Investigator and Research Leadership award winners for 2016. A campus ceremony will be held Jan. 17 in the Durham Research Center Auditorium to recognize the award recipients.

“Tammy Kielian is a ‘spark,’” said Vice Chancellor for Research Jennifer Larsen, M.D. “She is passionate about research and collaborates with many around multiple research interests, including developing new technologies.”

“Tammy is an exceptional individual because of her unique skills in multiple areas including immunology, infectious diseases neurology and genetic disorders,” said Steven Hinrichs, M.D., professor and chair of pathology and microbiology. “She is able to take essential elements from each subdiscipline and apply them to both basic science and clinical therapies.”

“As this year’s UNMC Scientist Laureate, Dr. Kielian joins an impressive list of internationally recognized UNMC faculty who are major contributors to their fields of research,” said Brad Britigan, M.D., dean of the UNMC College of Medicine. “Dr. Kielian’s novel approaches to understanding the pathogenesis of staphylococcal infections of prosthetic devices provides hope for addressing an all too common infection that has a major impact on lives throughout the world.

“Dr. Kielian’s ability to simultaneously develop a highly productive and visionary research program to explain and develop a potential therapy for the rare hereditary disease, juvenile Batten disease, that impacted a member of her immediate family, is a testament to her creativity and commitment as an investigator. She is very deserving of this recognition by the UNMC research community.”

Other award winners include:

The Research Leadership Award is intended to honor scientists previously recognized as Distinguished Scientists who have a longstanding research funding history and also serve as research leaders and mentors on campus.

The Distinguished Scientist Award – which is sponsored by the UNMC chancellor – recognizes researchers who have been among the most productive scientists in the country during the past five years.

New Investigator Awards go to outstanding UNMC scientists who in the past two years have secured their first funding from the National Institutes of Health, the Department of Defense or other national sources. New Investigators also had to demonstrate scholarly activity such as publishing their research and/or presenting their findings at national conventions.