Most diabetes therapies in existence are focused on lowering blood sugar

While talking to an older woman during a networking lunch the other day we came across the subject of diabetes. She told me her doctor recently diagnosed her with diabetes, but she doesn’t understand why it’s such a big deal. “I’m fine,” she said. She figured she could deal with the disease without the use of her primary care physician. I told her that because of her age and weight that I’m pretty sure her doctor diagnosed her with type 2 diabetes, and she should take advantage of her doctor’s knowledge and expertise. 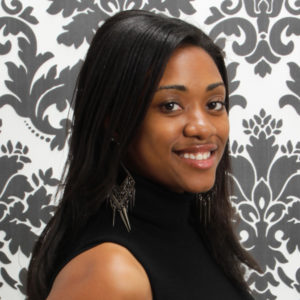 “Many [diabetes patients] have misconceptions about diabetes, its seriousness, the ways it’s treated, and the new ways researchers are working to improve the syndrome.” – Moore

We discussed the importance of diabetes and how it’s a metabolic disorder characterized by high blood sugar because the body can’t produce enough insulin or is insensitive to it. It’s a serious condition with several complications such as vascular dysfunction, heart failure, neuronal damage, kidney failure, and blindness.

She became fascinated as our conversation progressed into how doctors currently treat diabetes and the new therapies that are being developed.

I’m sure she is not alone in her thinking. Many have misconceptions about diabetes, its seriousness, the ways it’s treated, and the new ways researchers are working to improve the syndrome. As we approach the end of November — Diabetes Awareness Month — let’s take a look at current diabetes treatments and some recent innovative advancements to treat the disease as well as areas for exploration.

Diabetes is a vascular disease and life expectancy depends on managing the ABCs of diabetes: hemoglobin A1C, blood pressure, cholesterol and clotting. “In spite of controlling these with near perfect control we still have issues,” said Dr. Cyrus DeSouza, the chief of Division of Diabetes, Endocrinology & Metabolism at UNMC’s Department of Internal Medicine.

DeSouza, who earned his medical degree in India in 1994, has been working in clinic and laboratory diabetes research since 2000. He is currently working with two large NIH-funded clinical trials:

In diabetes everyone gets the same treatment, and most therapies are focused on lowering blood sugar. Type 1 diabetics get insulin and type 2 diabetics get metformin followed by sulfonylurea, followed by insulin. 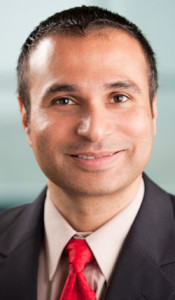 “New diabetes drugs are abundant, but they bring a false enthusiasm,” DeSouza said. Adding that there have been numerous medications discovered, but only a handful of classes have FDA approval.

Diabetes is a vascular disease that leads to many end organ complications, and it’s the most common cause for dialysis and legal blindness among driving adults. One way to treat diabetes and these symptoms is with organ transplantation. The entire cornea can be replaced, and new surgical techniques focus on just replacing the damaged portion.

In addition to kidney transplantation, type 1 diabetic patients could also receive a kidney-pancreas transplant at the same time. This can remove the need for insulin administration.

Other recent advances include promising new gadgets like glucose-monitoring devices, insulin pumps and the artificial pancreas which are all still in development.

The glucose monitoring device and the insulin pump are not connected, but one tracks blood sugar and alarms if levels are too high or too low. The insulin pump allows patients to tell the pump how much insulin to inject after they determine their blood sugar levels. Unfortunately, measuring the blood sugar still requires a blood sample, and there’s little hope of that changing anytime soon.

“Patients want a non-invasive method, but none of them have ever been FDA approved,” DeSouza said.

But the Medtronic artificial pancreas has just received FDA approval, however all the devices still require patient input.

“Artificial pancreas has some significant progress to it,” DeSouza said, “but it is about 20 minutes behind the current glucose reading, and you don’t know what the current reading is.”

“Statins are the best therapy we have at the moment,” he said.

In addition to lifestyle therapy, statins are prescribed for diabetic patients with cardiovascular disease to manage a dangerous form of cholesterol known as LDL or low density lipoprotein, according to the American Diabetes Association.

Researchers at UNMC have discovered a new therapy that targets chemical compounds generated by the breakdown of sugar and fats to slow the progression of diabetic end organ complications. This new therapy also reduces blood sugar and is currently available for licensing through UNeMed.

Caronda Moore is a Licensing Associate at UNeMed Corporation, the technology transfer and commercialization office (TTO) for the University of Nebraska Medical Center. UNeMed serves all UNMC researchers, faculty and staff who develop new biomedical technology and inventions, and strives to help bring those innovations to the marketplace. Contact the author at cjmoore@unmc.edu or 402-559-2140.

One Response to Current Treatments and Innovative Advances in Diabetes Research