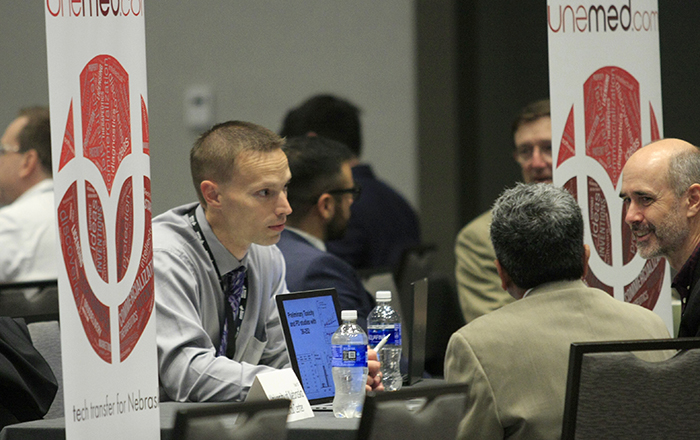 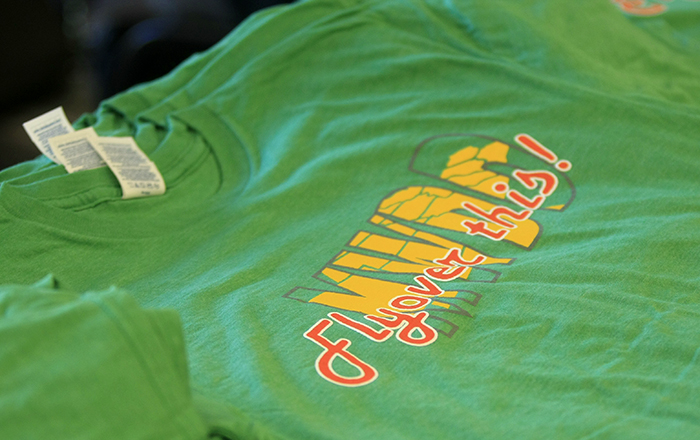 The conference featured 42 technology presentations from 18 Midwestern universities, and 30 different companies and investor groups. An estimated 240 one-on-one partnering meetings were held during the two-day event, opening the door to additional opportunities for each participating university.

“I know we got a lot of value out of the conference, and I’ve had nothing but positive feedback from just about everyone I talked to,” said Matt Boehm, the event coordinator and director of licensing for UNeMed, the technology transfer and commercialization office for the University of Nebraska Medical Center. UNeMed is also the primary sponsor and host of the event.

Boehm added that he sat in on 17 one-on-one partnering meetings during the event, resulting in ongoing conversations that may yet lead to further development.

“That’s exactly what we want this conference to do,” UNeMed president and CEO Michael Dixon said. “New therapies, treatments and cures are the kind of things that can grow out of those deeper conversations. And, honestly, I think there’s a huge blind spot for the innovation that happens in the Midwest, and we really want this conference to help change that. Not just for us in Nebraska, but for all our friends in the region.” 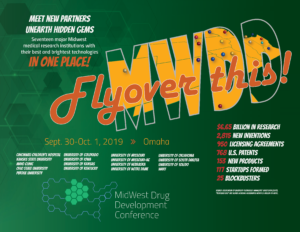 All told, an estimated 111 people attended the conference. About half were researchers, inventors and other University representatives. The remainder were largely representatives of pharmaceutical companies, biotech companies or venture capital groups.

The mix of attendees created an ideal environment for University innovators to meet and build new relationships with industry, according to comments provided by conference goers who participated in a post-event survey.

“This is the single most important partnering event to cover academic institutions across the Midwest,” said an industry representative who attended the event.

Attendees from the university side were equally positive about the event.

“We have entered into early licensing negotiations will nearly all of the connections made at MWDDC,” said one University representative. “The opportunity to share portfolios and initiate conversations has been very valuable, leading to on-going discussions on a number of technologies.”

Another University representative added: “To a person, the industry people I talked with—both in one-on-one meetings and in casual conversations—stated that they valued the chance to meet in one place; the number of tech transfer offices; and to see the number, variety, and breadth of technologies to which they were exposed.”

Organizers are looking at hosting the 2020 MidWest Drug Development Conference again next October, and will finalize plans in the coming months.