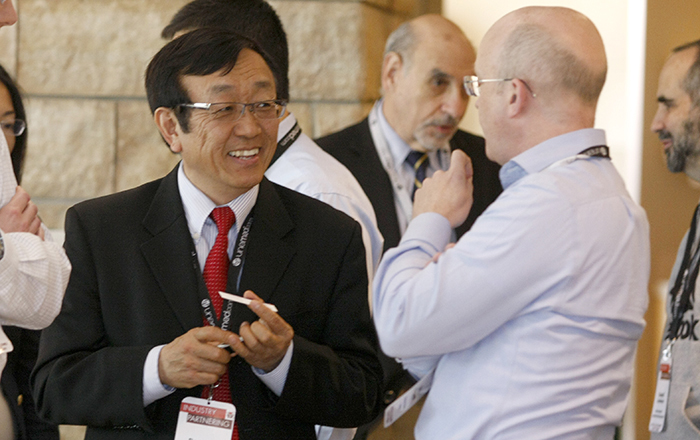 OMAHA, Neb. (May 10, 2016)—UNeMed’s first-ever Industry Partnering Summit Tuesday had all the appearances of success, leading officials toward making the event a regular offering in future years. 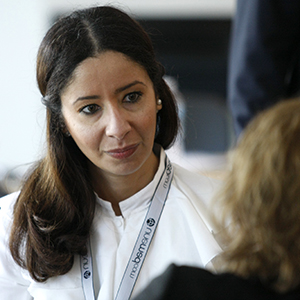 “We had 10 UNMC technologies on display, and several of the companies have expressed interest in learning more about them,” said UNeMed president and CEO Michael Dixon. “That’s a great day for us. These are new relationships that could move a UNMC innovation closer toward improving healthcare for everyone. ”

Sponsored by UNMC’s technology transfer and commercialization office, UNeMed, the Partnering Summit brought to campus several venture capital and pharmaceutical industry representatives from local, regional and international firms. The representatives were treated to an all-day event that featured departmental overviews and short presentations about the latest innovative therapies invented and developed by UNMC researchers. An additional nine UNMC technologies were made accessible to industrial and investment groups through a poster session at the end of the day. 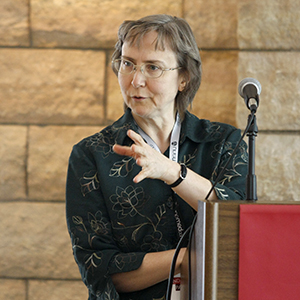 “We received a lot of positive feedback from both the UNMC participants and the industry participants,” said UNeMed licensing manager, Matt Boehm, who conceived and organized the event. “We’ll see what comes out of it, but I think we accomplished what we set out to do, which was get people in the same room and have meaningful conversations.”

UNMC innovation presentations were a vaccine strategy for treating Parkinson’s; new antibacterial compounds; a gene therapy treatment for diabetic complications; a new formulation for treating biofilm infections; a nanoparticle immunotherapy for cancer; IKK-beta inhibitors; a new prodrug for the treatment of lupus; a new peptide for stimulating  the immune system; targeted radiopharmaceuticals for the treatment and diagnosis of cancer; and a nanoparticle to treat spinal cord injury.

Learn more about the technologies and find the full list of presentations in the event program here: